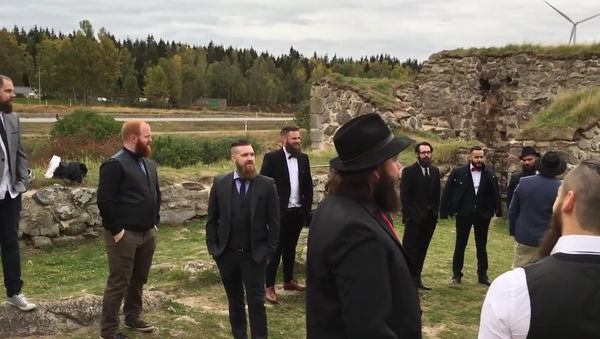 Everyone with a thick beard should better watch out now, as people are clearly getting paranoid about ISIL terrorists showing up at their backyard.

A group of Swedish men from a beard club were almost arrested when they showed up for a group photoshoot after someone called the police suspecting the bearded men to be none other than ISIL fighters plotting a terrorist attack, Swedish newspaper Jonkopings Posten (JP) reported.

"We lined up for a photoshoot, 30 men from the club with our flag and suddenly we see two police officers," Andreas Fransson, a member of Bearded Villains, said, as cited by JP.

The group has a black flag with white letters written on it, indeed similar to an ISIL-flag from a distance.

Oh well, perhaps this could be the beginning of the end of the lumberjack trend that has taken over the whole world over the past few years. Women who are trying to tell their partners to shave their beards might finally jump for joy.