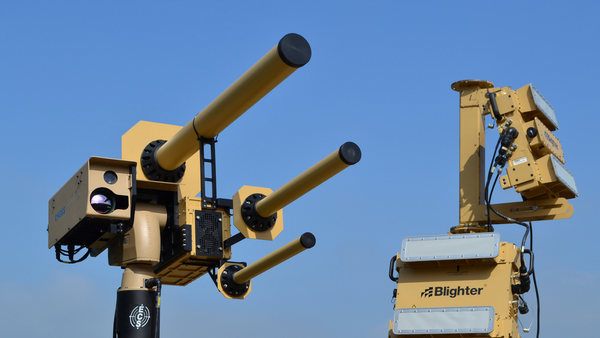 The world's first fully integrated system designed to detect, track and disrupt small and large drones has been developed in Britain.

The AUDS uses radar and optical trackers connected to proprietary software to detect, track, and identify the drone at distances of up to 8 km, Gizmag Emerging Technology Magazine reported on Saturday.

Once the suspect drone is locked onto, a radio inhibitor/jammer fires a 4-watt directional beam at the craft, which is much more powerful at reception than the signal from the drone's controller.

According to Blighter, the AUDS can briefly inhibit the drone to make the operator think it is malfunctioning or lock it until the drone's batteries drain and it crashes.

In addition to the radio disruptor, AUDS also has an optical disruptor that can disrupt the auto focus on the drone's camera, rendering it useless.

The AUDS made its public debut in May and has undergone testing in Europe and North America in different terrains ranging from open country to urban settings, Gizmag wrote.
.