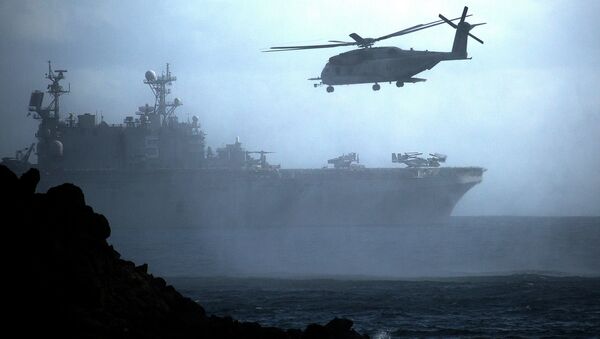 Washington is said to be planning to send warships close to the Spratly Islands which China claims for its own to stop Beijing from assisting Russia in its campaign against the Islamic State and other terrorist groups in Syria, Marco Maier wrote for Contra Magazin.

Beijing Slams Washington's Plans for 'Incursion' Into South China Sea
The journalist noted that Washington's move could also be viewed as a response to China taking part in the Sino-Russian maritime exercise held in the Mediterranean in May.

The controversial and yet unconfirmed deployment needs to be authorized by the Obama administration and could take place in the next two weeks. The US is expected to send at least one ship to within 12 nautical miles of the archipelago in an apparent bid to demonstrate that Washington does not recognize Beijing's sovereignty in this area.

The Pentagon's recent plans have not been welcomed with open arms in Beijing. Foreign ministry spokeswoman Hua Chunying warned the US against taking any provocative steps in the region and reaffirmed that China would not allow any nation to violate the country's territorial waters and airspace in the Spratly Islands. 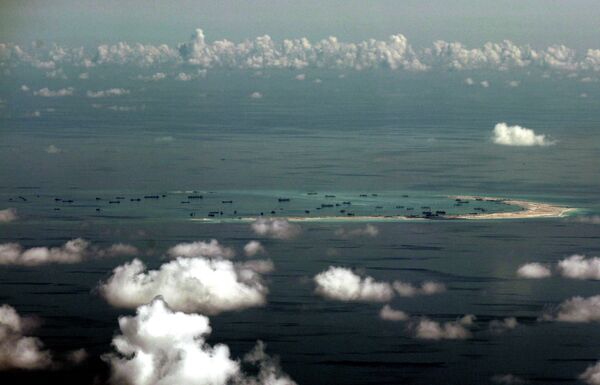 "The US has no say in this far away region, since the territorial dispute should be solved by the neighboring countries among themselves," Maier noted.

Beijing has been consistently making this point for months. Furthermore, China has always maintained that its construction efforts on the Spratly Islands are purely peaceful in their nature and will not affect freedom of navigation in the area.