US, Russia to Resume Talks on Air-to-Air Conduct Over Syria 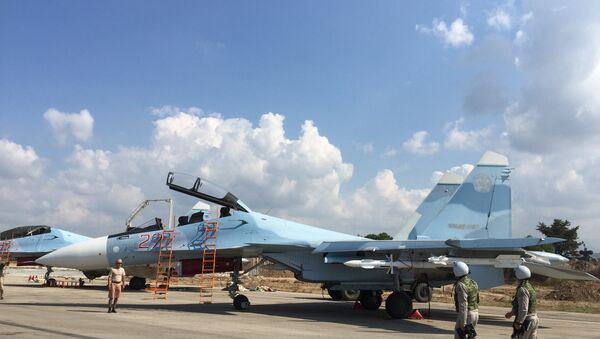 The US said that Washington and Moscow are planning to resume negotiations in order to avoid accidents in the Syrian airspace, as both the countries are conducting airstrikes in Syria.

US-Russian Cooperation on Political Solution in Syria Still Possible - DoS
Pentagon spokesman Peter Cook stated that Russia has responded to the US proposal on safety in operations in the airspace of Syria. According to him, bilateral talks are likely to take place over this weekend.

In particular, the parties will discuss what language the crews will communicate in and how much air space these aircrafts will leave for one another.

Since September 30, Russian planes with the permission from Syrian authorities have been conducting air strikes on the positions of terrorists in Syria. The US also announced that their fighters are conducting strikes on terrorist strongholds in the Arab countries.