Washington Fails to 'Set All NATO Members Against Russia' 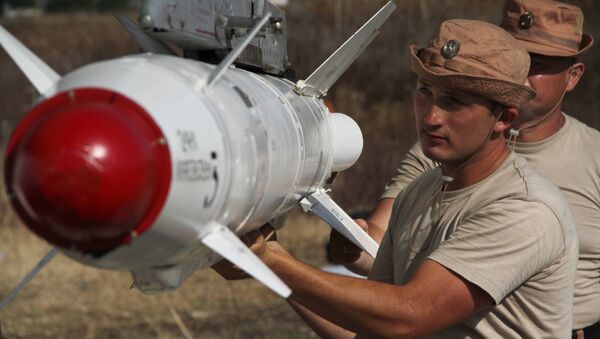 © Sputnik / Dmitriy Vinogradov
/
Go to the mediabank
Subscribe
International
India
Africa
There is a rift inside NATO who is currently waging a media war against Russia over its military operation in Syria, political analyst Grigoriy Tischenko told Sputnik Radio.

NATO Ready to Fend Off Russian ‘Threat’ Even When There is None to Be Found
The incident with a Russian Su-30 jet in the Turkish airspace became the focus of interest in Greek media.

On Monday, the Turkish Foreign Ministry said a Russian military aircraft violated the country’s airspace near Syria on October 3. The Russian Defense Ministry later explained that on October 3, a Su-30 fighter briefly entered Turkish airspace for a few seconds due to poor weather conditions.

NATO reacted to the incident with an emergency meeting of the North Atlantic Council. NATO Secretary General Jens Stoltenberg considered the incident deliberate.

Turkish President Recep Tayyip Erdogan warned that Russia’s actions could be considered as an attack on Turkey and thus an attack against the entire alliance.

US Tries to Play Down Russian Military Gains in Syria – Iranian Analyst
Some Greek media wonder why the US and NATO is reacting this way. For example, an author for the Greek news outlet Tribune.gr harshly criticized Stoltenberg’s words that the Russian operation in Syria is not contributing to security and stability in the region. He underscored that the comment exposed the West that supported al-Qaeda as "rebels" and rivals to the government of Bashar Assad.

Articles of such a tone prove that the US failed to set all NATO members against Russia, Grigoriy Tischenko, head of the Center for Defense Studies, said.

"The US failed to set the entire alliance to wage an information war against Russia. There are a number of differences within NATO. I suppose the emergency meeting of the NATO Council addressed this issue," the analyst said.

He added that the emergency meeting of the Euro-Atlantic Council was also part of the media strategy.

"The US initiated another session to force all NATO members to wage a coordinated information war against the Russian military operation in Syria as well as against Russia’s Middle East policy," the analyst pointed out.

He also underscored that details of the US-led offensive in Syria have not been made public.

"As for the US-led operation in Syria, it is a highly guarded secret. This war is wrapped in a mystery. In fact, NATO is taking the side of ISIL," he concluded.