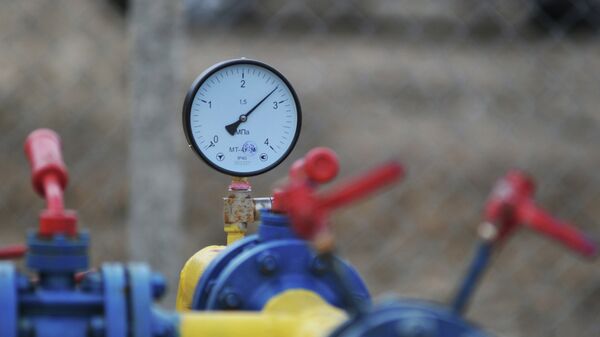 Gazprom Denies Naftogaz Has Transferred $500 Mln for Gas Purchase
BRUSSELS (Sputnik) – The European Investment Bank (EIB) and World Bank (WB) have signed a deal under which EIB will guarantee up to $520 million of World Bank loans in Ukraine, aiming to facilitate gas purchases by the Naftogaz Ukrainian gas company.

"European and global institutions are committed to helping Ukraine avert a potentially severe energy crisis as winter approaches. The guarantee agreement we signed today will facilitate Ukraine’s purchase of gas at a critical time," EIB President Werner Hoyer said as quoted in a Friday WB release.

According to the statement, the funds pledged by the EIB will enable the World Bank to guarantee letter of credit facilities for Naftogaz gas purchases. The EIB-WB agreement, signed by Hoyer and World Bank Group President Jim Yong Kim, was facilitated by the European Union.

"The new agreement is part of our broad support to the restructuring of the gas sector in Ukraine and it will contribute to adequate gas supplies for the next three years," Jim Yong Kim said as quoted in the WB release.

Moscow, Kiev and the European Commission reached a deal last month on Russian gas deliveries to Ukraine during the peak consumption period, between October 1, 2015 and March 31, 2016.

The price of Russian gas for Ukraine in the fourth quarter of 2015 will be around $248-252 per 1,000 cubic meters, according to Russian Energy Minister Alexander Novak.

At the end of September, Ukrainian Energy Minister Volodymyr Demchyshyn said that his country would buy about two billion cubic meters of gas from Russian energy company Gazprom while the remainder needed for the winter would be purchased from the European Union.