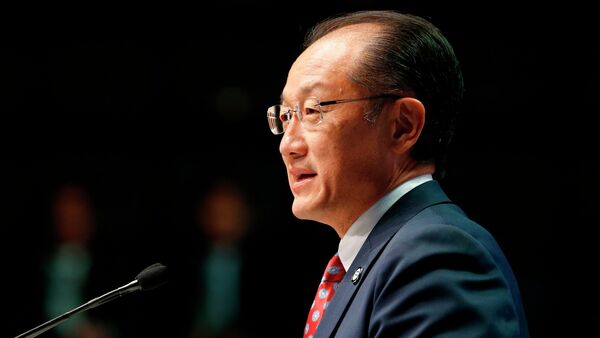 "In support of recovery and reconstruction efforts in the Middle East and North Africa, the World Bank Group is prepared to issue bonds, backed by donor guarantees, in partnership with the Islamic Development Bank Group, which is prepared to issue Sukuk [Islamic equivalent of bonds]," Kim said at the MENA Stakeholders Event in Peru.

Kim noted that the proceeds from the bonds would be used by participating international and regional financial institutions to fund recovery and reconstruction.

The second part of the initiative proposes establishing a concessional financing mechanism to support the countries accepting the refugees.

Earlier in October, the WBG announced a new strategy for the MENA region aimed at promoting "economic and social inclusion to contribute to peace and stability in the region" by addressing causes of conflict and violence and the needs of those affected.

Europe is currently struggling to cope with a massive refugee crisis, as hundreds of thousands of people free war-torn regions in the Middle East and North Africa, seeking asylum in the EU bloc.