New Trend: US Politicians Calling for Dialogue With Russia 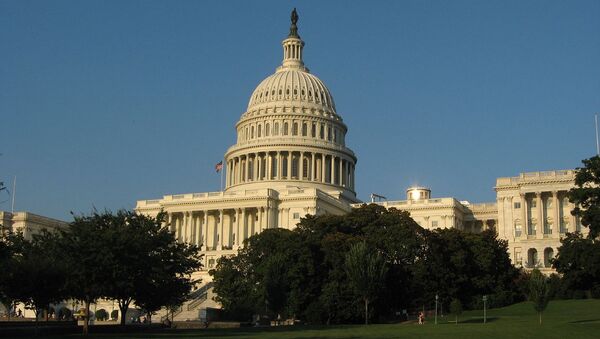 US Senator from Kentucky and presidential candidate from the Republican Party, Rand Paul, speaking on the Fox News channel, criticized his colleagues who call to break off all contacts with Russia.

The senator called the statements of his colleagues ‘reckless and irresponsible,’ criticizing those politicians who said things like they “will not talk with Vladimir Putin.” “To reject any contact and relations with Putin — this is exactly what should not be done,” Rand Paul said.

US Prepared to Continue Deconfliction Talks With Russia on Syria
He called such an approach “wrong and frightening.”

Earlier in an interview with CNN, Rand Paul also suggested the need for dialogue between Russia and the United States, in order to avoid possible conflicts related to the airstrikes in Syria.

Professor of the Department of National Security of the Russian Academy of National Economy and Public Administration, Alexander Mikhailenko, considers such statements a trend in the election campaign.

“Republicans are more committed not by abstract values such as democracy and spreading ‘democracy’ around the world, but in specific national interests. I believe that the national interest of the United States right now is dictated by the need to cooperate with Russia on a number of ‘screaming issues’. Recently it was Iran, now it is Syria and ISIL. This necessity is forcing its way, including in statements by the presidential candidates.”

He added that this trend can be seen in the election campaign but the Democrats have stronger anti-Russia rhetoric.

In any case, Mikhailenko said that after the presidential elections in the US the attitude toward Russia will stop being so categorical.

He further suggested that according to him, whoever wins the election will probably reject the black or white tendency towards Russia and will try to be more neutral, maybe just because the current anti-Russian policy of the Obama administration has suffered a complete failure, Alexander Mikhailenko concluded.