Countries 'Liberated' by US Ask Russia for Help in Fighting Terrorism 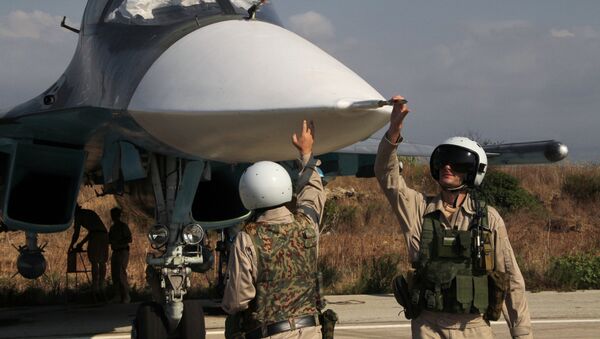 Iraq and Afghanistan, which once were "liberated and democratized" by the US, are now reaching out for help from Russia in fighting ISIL terrorists. Moscow is ready to help but only in response to an official government request, Il Giornale reported.

'Russia Will Not Tolerate Half-Way Measures in Fighting Terrorism'
"The balance of power has changed in the Middle East," the article read.

After the Iraqi War in 2003, the country became a protectorate of Washington. However, now Baghdad is turning away from its "liberator" and is turning to Russia.

The article underscored that this was the result of the ineffective US-led airstrikes against the Islamic State terrorist group.

Recently, the Iraqi government announced it may ask Russia for help in fighting ISIL. In turn, Moscow said it was ready to help but only after an official request from Baghdad.

Iraqis Look to 'Hajji Putin' to Save Them From ISIL
Russian Upper House Speaker Valentina Matvienko said the Federation Council would consider the political and military viability of Russian anti-ISIL airstrikes in Iraq if that request was made.

Meanwhile, no request from Iraq has been made so far.

The same is being considered in Afghanistan, the article read. Recently, the leader of Russia’s Chechen Republic, Ramzan Kadyrov, met with Afghan Vice President Abdul Rashid Dostum. According to Il Giornale, the Afghani politician asked Russia for help in fighting terrorism.