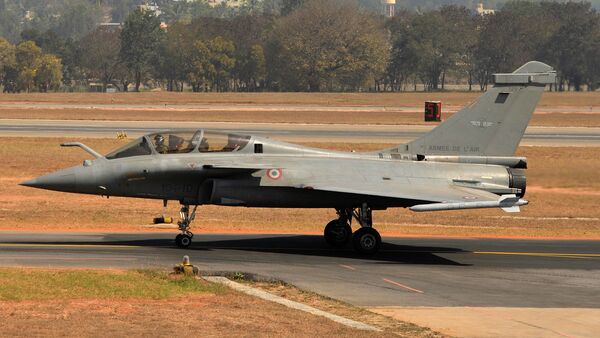 Asia
India Refuses Purchase of 44 Rafale Fighters, Opts for Homebuilt Aircraft
Arul Raha voiced hope that the contract for the supply of 36 fighters will be signed by the end of 2015, but added that this amount was not enough and that the country should consider other options.

“The Indian Air Force needs at least 108 fighters to serve the basis for six full squadrons. It can be Rafale or any other plane with similar characteristics,” Raha said.

He stressed that the Air Force did not insist on the acquisition of the Rafale planes.

“After the multi-billion dollar tender for the supply of 126 medium-range multirole combat aircraft was scrapped, we hoped to get new offers, which can also be implemented with the participation of the domestic aviation industry as part of the ‘Made in India’” program,  he added.

In mid-February it became known that India had refused to buy the 126 Rafale planes after the final price exceeded by almost half the initial price tag of $10 billion.

MMRCA — one of the world’s biggest tenders for the supply of military aircraft – had in mind the purchase of 126 Rafale aircraft for the Indian Air Force. France’s Dessault Company won the tender in in January 2012.