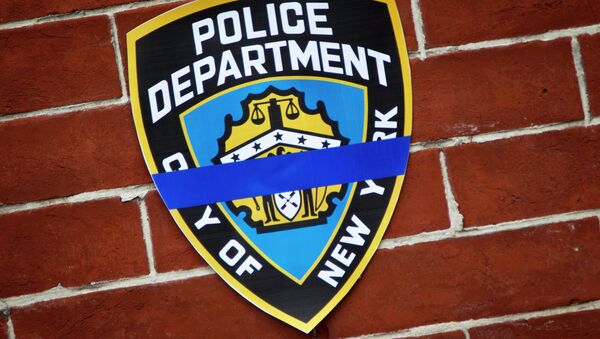 © REUTERS / Carlo Allegri
Subscribe
A New York City police captain has pleaded guilty to improper use of force when he pulled his gun on two kids playing tag. His punishment? Loss of 30 vacation days.

Captain Brian McCaughey, 37, pleaded guilty on Thursday for holding the 12 and 13-year-old children at gunpoint while making them lay face down on the ground, over their playing an innocent game of tag in their Brooklyn neighborhood.

“Motherf-----, get on the ground!” McCaughey shouted at the children as he aimed his weapon at them during the incident in September, 2013.

The kids, 13-year-old Kesean Smalls and 12-year-old Jahniel Hinds, were then handcuffed until Hinds mother came out and defended the boys.

Eventually, the officer realized that he was four blocks away from the address where another officer had called him to for assistance.

The 13-year-veteran of the force has reportedly not had any other complaints brought before the Civilian Complaint Review Board.

McCaughey was hoping to have the punishment for traumatizing the two innocent young children brought down to only being docked 18-days paid vacation time, but appears were unsuccessful.

Ultimately, the final decision on his punishment will be up to NYPD Commissioner William Bratton who could override the deal if he chooses.

Thank goodness these children weren’t playing cops and robbers or any other childhood pastime that requires a toy gun, or this could have had an even more tragic ending, as we saw with Tamir Rice and Andy Lopez.