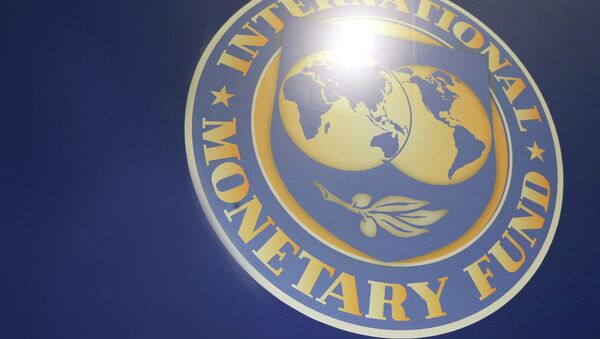 Central bankers, finance ministers and private sector executives from throughout the world are also expected to address the refugee crisis in Europe, as well as the situations in Ukraine and Greece.

"At the Annual Meetings, the Boards of Governors make decisions on how current international monetary issues should be addressed and approve corresponding resolutions," the IMF said on its website.

Moldova, IMF May Sign Memorandum on Cooperation Soon
IMF Managing Director Christine Lagarde spoke to the reporters on Thursday ahead of the official meeting. In her remarks, she urged policy makers to update current policies in order to "reinvigorate" global economic growth.

Lagarde also spoke about IMF’s plans to address the current refugee crisis in Europe, and once again stressed the importance of implementing the 201 Quota reform.

While her term at the helm of the IMF will end in 2016, Lagarde stated she is ready to serve another term if the IMF Board decides so.

World Bank Group’s President Jim Yong Kim also met with the press on Thursday. He announced that The World Bank Group is seeking new ways to boost its assistance for countries accepting refugees from the Middle East, but primarily from Syria.

Another issue to be addressed is Ukraine’s $3 billion outstanding Eurobond debt to Russia, which the country’s representatives will discuss on the sidelines of the meeting in Lima, according to US Assistant Secretary of State for European Affairs Victoria Nuland on Thursday.

The World Bank is an international financial institution that provides loans to developing countries for capital programs.

The IMF is an international financial organization of 188 countries, working to foster global monetary cooperation.