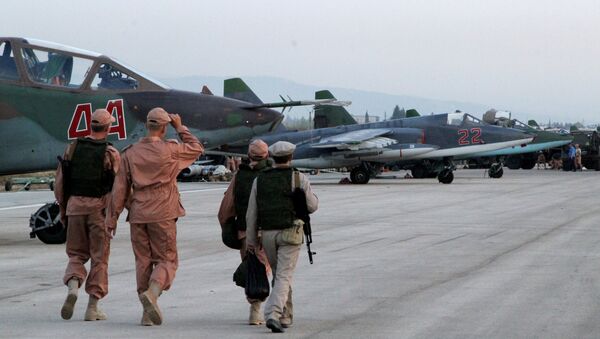 © Sputnik / Dmitriy Vinogradov
/
Go to the photo bank
Subscribe
The Defense Ministry spokesman stressed that Russia was ready to discuss with Western partners any constructive proposals on the fight against ISIL.

According to him, Russian jets used bunker-busting bombs on Thursday to destroy ISIL underground fortifications in northwestern Syria.

The Russian Defense Ministry is ready to discuss with Western partners any constructive proposals in the fight against Islamic State, Konashenkov stressed.

In a separate development, US Defense Secretary Ashton Carter said during a press conference on Thursday that his country would not cooperate with Russia on Syria until Moscow changes its strategy of supporting the internationally recognized government in Damascus. Still, the US is to forge an agreement on pilot safety procedures with Russia.

"We will seek an agreement with the Russians on professional safety procedures for [US-led] coalition pilots," Carter said.

Since September 30, Russia has been carrying out airstrikes on Islamic State facilities in Syria following a request by the country's internationally recognized government.