Researchers: We Can ID Which US Soldiers Are Likely to Commit Violent Crime 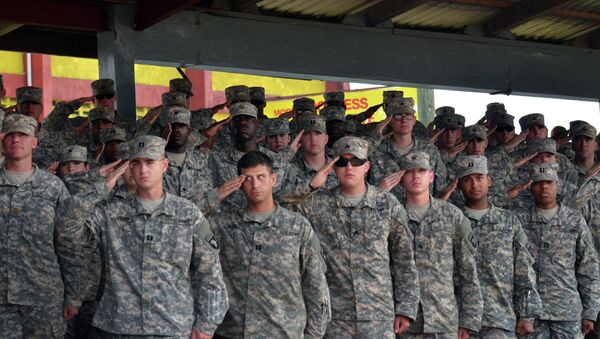 Researchers pulled from the military records of nearly one million US soldiers to develop an algorithm they hope can help prevent violent crimes by identifying those most likely to commit the offenses.

The ones most likely to perpetrate the crime would be given counseling or other interventions aimed at heading off violence, the LA Times reports.

Of the 975,057 soldiers who served between 2004 and 2009, 5,771 soldiers committed murder, manslaughter, kidnapping, robbery or other violent felonies. (Domestic violence and sex crimes were excluded because they follow risk patterns distinct from other offenses.)

Researchers looked for patterns among the offenders and used what they found to create a risk model that took account of multiple factors predating their crimes, the Times reported.

For men – who accounted for the vast majority of both soldiers and offenders – those most at risk were young, poor minorities with low ranks, disciplinary trouble, a suicide attempt and a recent demotion, according to a report published Tuesday in the journal Psychological Medicine.

Just 5% of the total population of male soldiers accounted for 36% of the crimes by men, the researchers found. Women were about half as likely as men to commit violent offenses.

Mass Killing is the American Way

To test their model, researchers applied it to a sample of 43,248 soldiers who served between 2011 and 2013. They found that the 5% identified as most at-risk were responsible for 51% of the violent crimes committed by those soldiers, the Times reports.

The team also is working on an algorithm for determining who is most likely to commit sexual assaults and who is at the greatest risk of becoming a victim.