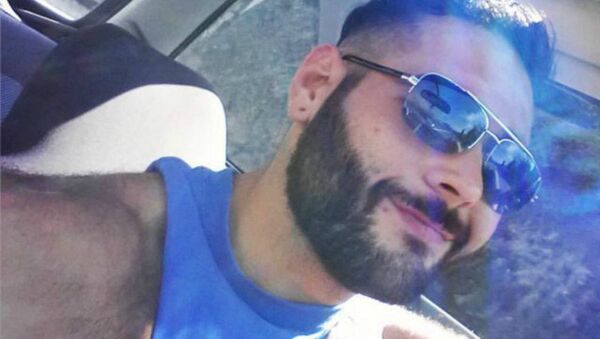 © Photo : Chris Mintz's facebook
Subscribe
International
India
Africa
Army veteran Chris Mintz was shot seven times when he tried to save other students from a gunman who went on a rampage at an Oregon college on October 1.

Father of Oregon Shooter Slams Lawmakers’ Inability to Restrict Gun Access
Army veteran Chris Mintz was released from hospital on Thursday, just over a week after he received multiple shotgun wounds from a shooter, who opened fire on students at Umpqua Community College in Oregon on October 1.

According to reports, when the shooting broke out Mintz ran out of his classroom and sounded a fire alarm. He then returned to the classroom and tried to hold the door closed and block the gunman from entering, when he was shot repeatedly.

"He was in the military and knew what it was," explained his aunt Wanda Mintz.

Oregon Gunman Asked Students About Their Religion Before Killing Them
Mintz was a freshman at the college, and was studying to become a personal trainer after having served ten years in the army. As a result of the attack, he will need to learn to walk again, and well-wishers have donated almost $791,000 to a GoFundMe campaign set up by relatives to fund his medical bills, which aimed to raise $10,000 for his rehabilitation.

On October 1, a 26-year-old shooter opened fire at the college where he was enrolled. He killed nine people and wounded nine others before he turned the gun on himself, after police shot him.