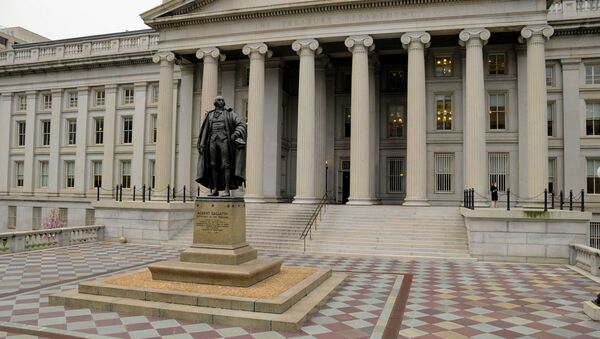 © Flickr / Son of Groucho
Subscribe
China, Russia and Brazil have recently been selling US Treasuries, hedging their fiscal risks and stirring volatility on Wall Street, potentially signaling a more significant slowdown in the global economy coming up.

Kingdom in Crisis: Saudi Arabia Pulls up to $70 Billion from Global Markets
Although part of the reason to sell US bonds might be attributed to either emerging markets suffering from lack of liquidity amidst the ongoing capital flight or select nations willing to replenish their fiscal revenues, the wider picture is quite dire for everybody. The massive slowdown in the economic expansion of several of the biggest emerging markets might eventually generate waves which wash over the developed world, from the already in-sight disinflation to a more distant perspective of lower job growth, wages and, ultimately, a decline in overall economic performance.

Weak Corporate Earnings Push China, US to Intensify Cooperation
There are allegations that China's selloff of US bonds might undermine global finance by disrupting trading on Wall Street and elsewhere. This is unlikely in the short-to-medium term at least: the yield on US bonds, widely regarded as a financial ‘risk-meter', has fluctuated between 1.5% and 2.5% this year. In 2006, in the wake of the US mortgage meltdown, the yield had risen to as high as 5.25%, and in subsequent years through to 2012 the measure fluctuated between 2% and 4%.

Global Currency War Tumbles as Eurozone, India Signal No Further Stimulus
Still, private investors seeking higher returns prefer corporate debt rather than the still low-yielding Treasuries. Moreover, the recent US bond purchases, fueled by ultra-low US Fed interest rates, might turn out to be short-lived: private investors might opt to resell recently-acquired US debt as the funding cost is relatively cheap. Such actions will add downward pressure to a Treasury note price, pushing the yield higher. However, any wild swings in this regard are hardly anticipated.