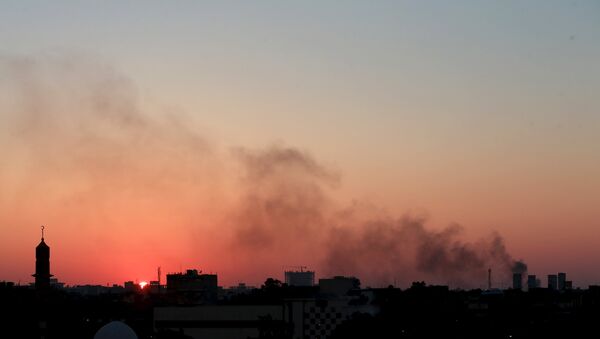 UNITED NATIONS (Sputnik) – The United Nations has proposed a list of candidates for the Libya Government of National Accord.

"We believe this list can work," Head of the United Nations Support Mission in Libya (UNSMIL) Bernardino Leon said late on Thursday as quoted on the official UNSMIL Twitter account.

Political parties and the internationally recognized parliament of Libya signed a framework agreement, distributing powers in the country in the Moroccan city of Skhirat in early July.

The government candidates proposed by the United Nations on Thursday must be approved by both of the rivalling governments in Libya.

Leader of Criminal Ring Smuggling Migrants to Europe Murdered in Libya
Libya has been in a state of turmoil since early 2011 after the Arab Spring protests led to a civil war and the overthrow of long-time leader Muammar Gaddafi.

There are currently two rival governments in the county: the internationally recognized Council of Deputies based in Tobruk and the self-proclaimed General National Congress, based in the capital city of Tripoli.

Mohammad Ammari, member of the General National Congress, said last month that a national unity government may be established in Libya by September.

UN envoy to Libya Bernardino Leon has stressed that reaching a political agreement would only be a first step towards recovery and reconstruction in Libya.

On Thursday, Leon said that around 2.4 Libyans are in need of humanitarian assistance amid political uncertainty in the country, which has allowed Islamic State (ISIL) militants to gain ground in Libya.