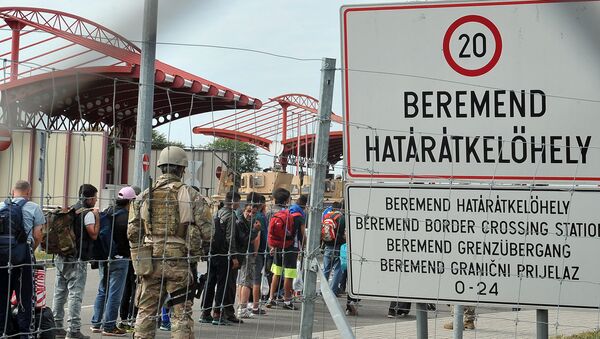 According to Czech interior minister, country could send 50 police officers and 100 servicemen to help Hungary protect its borders.

"The issue of assistance to Hungary [on border protection from undocumented immigrants] was raised at a separate meeting of the heads of Interior Ministries of Visegrad Group [V4] countries on the sidelines of the meeting of [EU interior] ministers in Luxembourg… We can send 50 police officers and 100 military personnel," Milan Chovanec wrote on Twitter.

On Monday, Czech Defense Minister Martin Stropnicky announced that the country’s government had approved a proposal to send 25 Czech soldiers and sapper equipment on October 15 for two months to protect the Hungarian southern borders that are also the frontiers of the Schengen area.

On Wednesday, Stropnicky said that Hungary had asked the Czech government for further support in controlling its border due to a massive influx of refugees.

Hungary is being used as a gateway to more affluent EU states by hundreds of thousands of undocumented immigrants, fleeing to Europe to escape violence and poverty in their crisis-torn home countries in the Middle East and North Africa.

In September, Budapest passed new border legislation, introducing tougher penalties such as detention or deportation for those caught illegally crossing the border or damaging the state's newly built border fence.