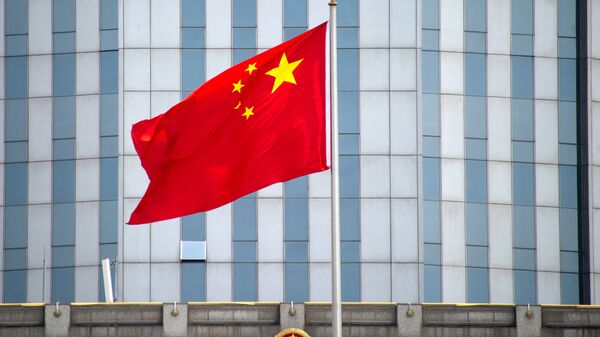 According to ministry spokeswoman, the Chinese Foreign Ministry has no information pertaining to the country's possible participation in the air campaign against Islamic State militants in Syria.

US Policy Strategists Aware That ISIL Poses Threat to Russia, China, Iran
BEIJING (Sputnik) – The Chinese Foreign Ministry has no information pertaining to the country's possible participation in the air campaign against Islamic State (ISIL) militants in Syria, a ministry spokeswoman said Thursday.

Media reports earlier in the week suggested that China could join Russia's efforts to destroy Islamic State militants in Syria.

"We have no information about the possible participation of the Chinese air forces in the operation in Syria," Hua Chunying said at a briefing.

Hua pointed out that Beijing is supportive of efforts by the international community to counter terrorist threats.

"We hope that all sides will strengthen dialogue and cooperation to fight a terrorist threat," Hua said.

All airstrikes have been carried out based on intelligence collected by Russia and Syria, including the use of aerial reconnaissance missions.

Since 2011, Syrian government forces have been fighting several opposition factions and terrorist organizations, including IS.