Pentagon: Kim Jong Un Has Capability of Nuking US, But DC's 'Ready for Him' 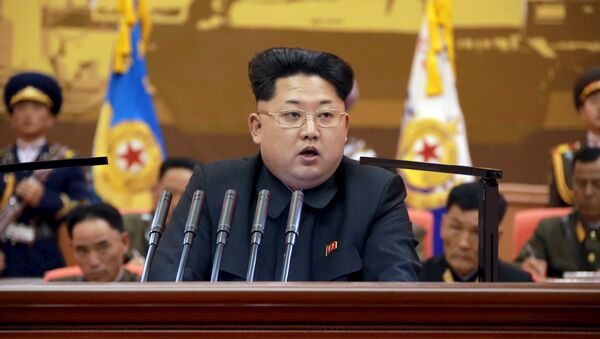 Washington believes that North Korea has a nuclear weapon capable of reaching the US homeland, and is prepared to defend against such an attack, a Pentagon senior official said on Wednesday.

Admiral Bill Gortney, commander of US Northern Command and the North American Aerospace Defense Command, said he agrees with US intelligence assessments that North Korea had nuclear weapons, as well as the ability to miniaturize them and put them on a rocket that could reach the United States, Reuters reports.

"We assess that they have the capability to reach the homeland with a nuclear weapon from a rocket," Gortney told an event hosted by the international affairs think tank Atlantic Council on the matter of "protecting the homeland."

Gortney said the unpredictable behavior of North Korean leader Kim Jong Un forces the US military to be prepared for anything.

"We're ready for him, and we’re ready 24 hours a day if he should be dumb enough to shoot something at us," he said.

"I'm pretty confident that we're going to knock down the numbers that are going to be shot."

Last month, its space agency said it was building a new satellite and readying it for launch, adding that any rocket launches are part of a legitimate space program aimed at putting satellites into orbit.

North Korea has long taunted the West with allusions to the country's nuclear capabilities. It also has conducted missile tests in defiance of international warnings and sanctions. Those tests have been interspersed with erratic pledges to end them in return for economic aid or diplomatic concessions.

On Wednesday, Gortney said the Pentagon is looking to modernize its missile defense system, but funds for those investments could be jeopardized by budget cuts from Congress.