Russia, France to Sign Agreement on De-Equipping Mistrals in November 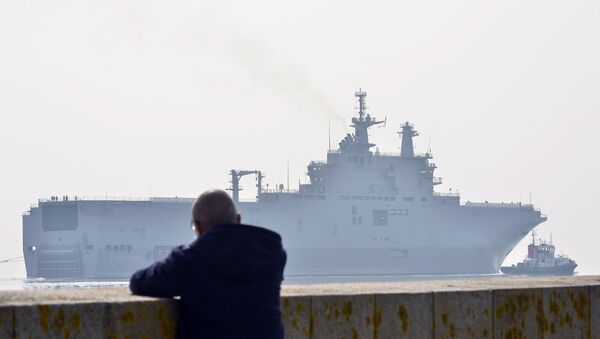 The final documents on the removal of radio-electronic systems from the Mistral-class helicopter carriers commissioned by, but not delivered to, Russia by France will be signed in early November, a military-technical source said Tuesday.

Lavrov on Mistrals: Russia Satisfied With Results - Good Money, No Offense
MOSCOW (Sputnik) – The helicopter carriers built by France for Russia were equipped with Russian-developed command, control and communication systems. After the August termination of the Mistral deal, Moscow said that under the agreement a number of system blocks and programs would need to be removed from the ships.

"The [dismantling] works should be completed in the end of October. The final documents on [the removal of] radio-electronic systems of communication and control systems are expected to be signed within the first 10 days of November," the source told RIA Novosti.

The source added that these systems were only part of Russian-developed equipment installed on the Mistrals.

Moscow and Paris officially terminated the $1.3-billion contract on the delivery of the warships in August. Moscow has received some $1 billion in compensation.