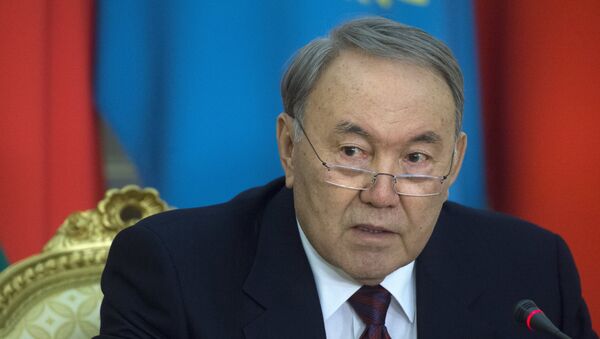 According to Kazakh’s President press service, Nursultan Nazarbayev and his Ukrainian counterpart Petro Poroshenko will discuss the implementation of the Minsk peace agreements in the Kazakh capital of Astana.

On October 9, the Ukrainian leader will visit Astana to discuss urgent bilateral issues.

"It is expected that Nursultan Nazarbayev and Petro Poroshenko will exchange their views on the key issues of the international agenda, including the implementation of Minsk agreements," the statement said.

The statement added that the presidents would discuss cooperation in coal mining, transport, logistics and agribusiness.

Ukraine’s southeast has seen ongoing military conflict since April 2014, when Kiev launched a military operation against local Donbas militias. In February, the leaders of Russia, Ukraine, Germany and France worked out the Minsk peace deal, later signed by the Kiev forces and the militias of the eastern Ukrainian regions.

Key points of The Minsk deal include a ceasefire, a weapons withdrawal from the line of contact in eastern Ukraine, constitutional reforms, including a decentralization of power in the country, and the granting of special status to the Donbas region.