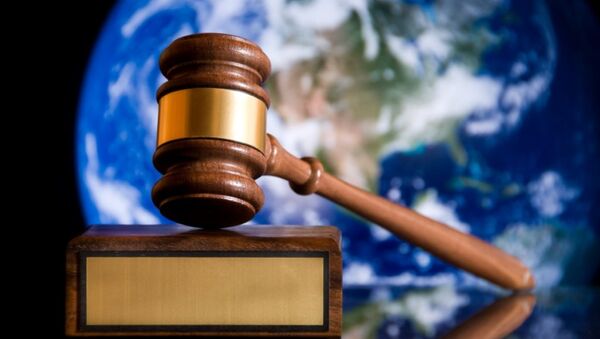 © Flickr / Tori Rector
Subscribe
A judge in Germany has said the country's justice minister Heiko Maas is attempting to quietly push through legislation that would criminalize whistleblowing and "would be an attack on democracy and freedom of the press".

Ulf Buermeyer, a judge at the Regional Court of Berlin and former research assistant at the Federal Constitutional Court, says Maas is attempting to push through a clause in the German criminal code that makes it an offence to receive stolen data.

The matter is hugely sensitive in the light of the revelations by former CIA contractor Edward Snowden — currently living in temporary asylum in Moscow — that the US National Security Agency (NSA), together with its UK counterpart GCHQ, was gathering massive quantities of data on ordinary citizens under the PRISM and Tempora programs.

Human rights groups across Europe railed against the mass gathering of data on ordinary citizens with little or no legislative oversight, arguing the practice was a breach of human rights.

Buermeyer occasionally writes as an author on the portal Netzpolitik.org, which was at the center of a political storm when two of its reporters were accused of treason by the federal prosecutor for exposing the role of the German secret service (BND) in the mass surveillance of its citizens. 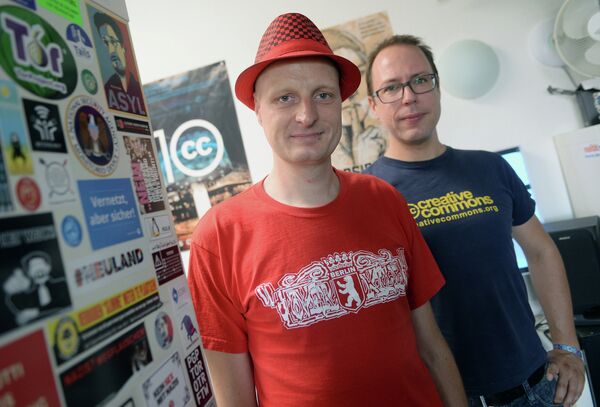 Founder of German news blog Netzpolitik org (Net politics), Markus Beckedahl (R), and one of the blog's authors, Andre Meister, pose for a picture in their editorial office in Berlin on August 4, 2015
© AFP 2021 / BRITTA PEDERSEN

The charges were eventually dropped after huge protests in the media over threats to press freedom. The issue became even more toxic when it emerged that the BND was working with the NSA to spy on German companies, such as Airbus and Siemens, as well as politicians.

It then emerged that German Chancellor Angela Merkel's own department has knowledge of the co-operation between the two agencies.

In April, the German lawmakers were told that the BND's Bad Aibling listening post in Bavaria was given search criteria by the NSA including telephone numbers, email and Internet addresses of European firms and political figures.

They called on the government to reveal the full list of so-called selectors, but it later emerged that the lists of the NSA targets, "were accidentally erased."

Data Theft Is Not Theft

Buermeyer wrote in the Süddeutsche Zeitung:

"The Minister of Justice, Heiko Maas is proposing legislation on 'data receiving' which is not only absurd but will also have unpredictable effects on all areas of life in which the handling of data plays a role — especially on investigative journalism."

He argued that whistleblowers do not actually 'steal' data. If someone copies a file and passes that on to journalists or any third party, the owner of the data is not losing a file, and thus, there can be no "theft", argues the judge. "In fact, it is a clear attempt, as far as possible to criminalize the handling of data." 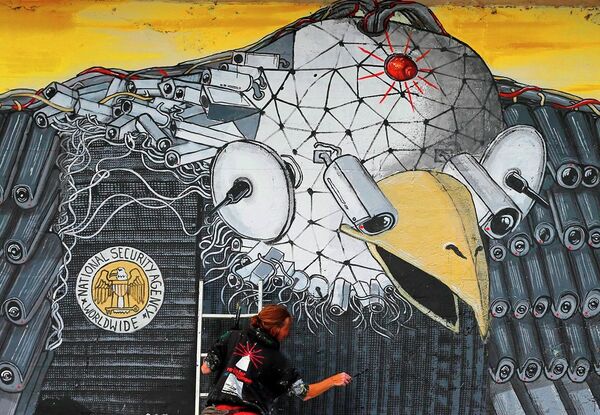 Artist A. Signl, of the artist group Captain Borderline paints the mural 'Surveillance of the fittest' at a wall in Cologne, Germany, Thursday, Oct. 24, 2013.
© AP Photo / Frank Augstein

Members of the German parliament are currently conducting an investigation into the role played by the BND's mass surveillance in support of the NSA and a parallel investigation is being carried out by a senior lawyer.

August Hanning, who headed the BND between 1998 and 2005, told the parliamentary investigative committee he could not remember "technical details" of alleged eavesdropping cooperation between the NSA and BND.