Coming to a Bond Film Near You: Italy Develops 'Ferrari-Style' Speedboat 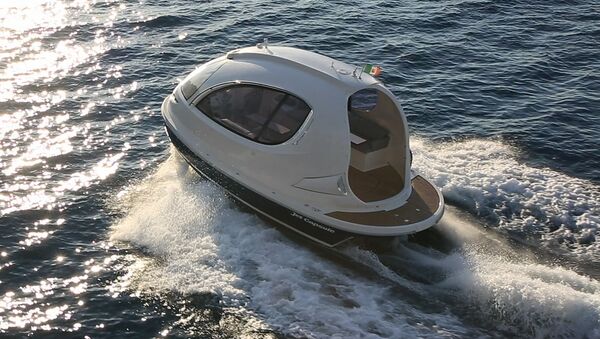 Italy's Fiart Mare Shipyard has produced the Jet Capsule boat, which has already been touted by the media as the "personal Ferrari of the high seas".

The vessel has an average cruising speed of up to 38 knots (approximately 68 kilometers per hour) and can accommodate a total of thirteen people.

The Jet Capsule can be used with a single or dual engine configuration, with a fuel consumption standing at average of about 30 liters per hour at full load. 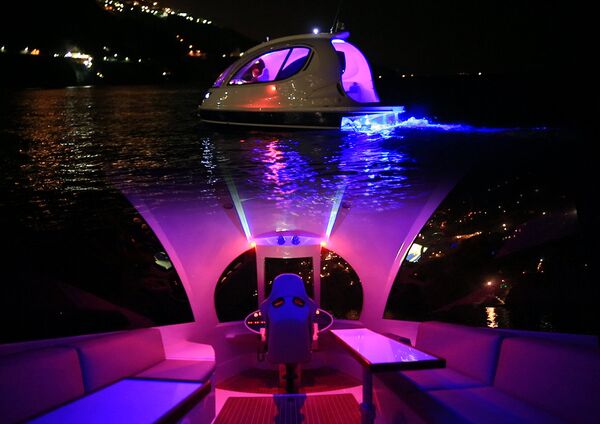 The boat, which has a carbon fiber shell, can be configured for use as a limousine, a taxi or a private vehicle and features a business-friendly layout.

The vehicle is equipped with photochromic windows, a sundeck on its rooftop, air conditioning and heating systems as well as a fully-functional toilet. 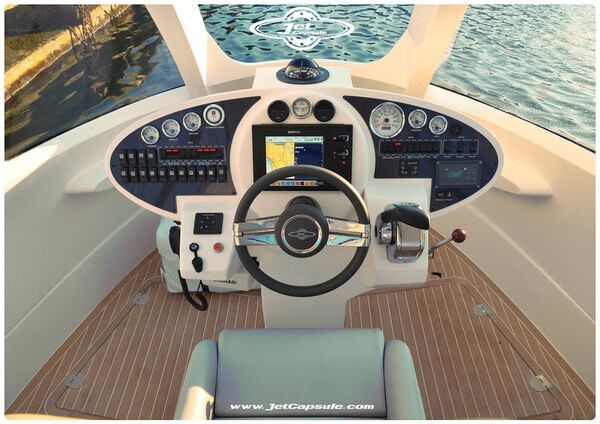 Additionally, there is interior LED mood lighting on board the Jet Capsule, which can be customized to suit the customer’s specifications.

There was no immediate word on how much the sophisticated boat will cost.

In September, the Marine Edition Mono, a single-seat sports car, re-engineered specifically for deployment on super-yachts, was presented at the Monaco Yacht Show.