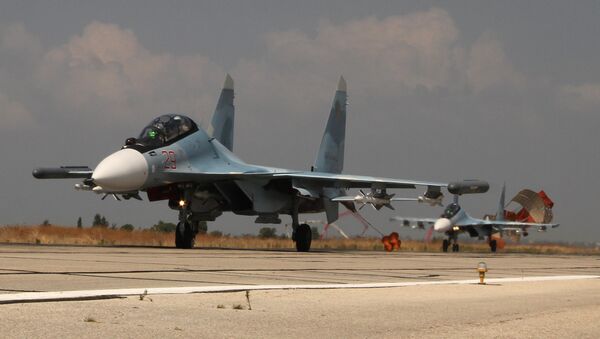 © Sputnik / Dmitri Vinogradov
/
Go to the mediabank
Subscribe
International
India
Africa
The UK prime minister urged Moscow to fight the terrorists together with London and Washington.

Assad: Russia, Syria, Iran, Iraq Will Save Region or It Will be Destroyed
LONDON (Sputnik) — British Prime Minister David Cameron called on Russia on Sunday to join the United States and the United Kingdom's efforts in fighting the Islamic State.

"[C]hange direction, join us in attacking ISIL but recognise that if we want to have a secure region, we need an alternative leader to [Syrian President Bashar] Assad," the prime minister appealed to Russia in an interview with BBC Television.

Merkel: Resolution of Syrian Crisis is Impossible Without Putin, Assad
Syrian Ambassador to Russia Riad Haddad confirmed that Syrian Army strikes, supported by the Russian Air Force, were carried out against armed terrorist organizations and not political opposition factions or civilians.