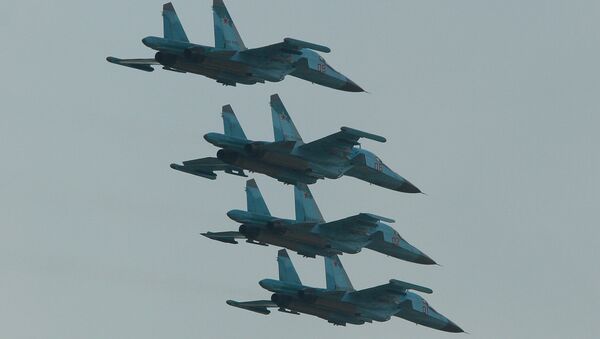 Despite enormous obstacles, there is still a chance for cooperation between Russia and the United States over Syria, Professor Stephen F. Cohen believes, warning that the world's peace is hanging in the balance.

As tensions between Russia and the United States continue to build over the Syrian and the Ukrainian crises, Stephen F. Cohen, professor of Russian studies at Princeton University and New York University, argues that it is necessary that the two powers form a substantial coordinated coalition in Syria in order to defeat the Islamic State.

"My hope is that [US President] Obama and [Russian President] Putin will rise above themselves and form a substantial coalition in Iraq and in Syria. But let's be realistic… There are enormous obstacles," Professor Cohen noted in an interview with US progressive political commentator Thomas Carl "Thom" Hartmann.

The professor noted that some analysts are convinced that Vladimir Putin is about to sell out Donbass, eastern Ukraine, in return for Syria. According to Cohen, it is naïve to believe that Moscow would give up ethnic Russians suffering from Kiev's hostilities in return for protecting Assad. "That won't happen," the professor underscored.

Russia Out-Gamed US in Fight Against ISIL – US Politician
Professor Cohen bemoaned the fact that there are lots of obstacles in the way of US-Russian potential rapprochement. First and foremost there would be tremendous opposition in Washington, he noted, adding that Barack Obama would be accused of "appeasing [Vladimir] Putin."

But there is another problem. There is the Ukrainian crisis, Cohen pointed out.

"It [the Ukrainian crisis] could flare up at any moment in a way that could disrupt any fragile agreement between Putin and Obama," the professor stressed.

According to Cohen, the US-backed regime in Kiev is sweating bullets about the possibility of close cooperation between Moscow and Washington in the Middle East.

"[Ukrainian authorities are worried] that Washington may kind of forget Ukraine or lessen its commitment to the Kiev government. So, I would not be surprised if Kiev stages a provocation to inflame the crisis which is at a very low level at the moment in Ukraine," Cohen warned.

By Bombing Terrorists in Syria Russia Hits Washington's Raw Nerve
Meanwhile, the grim specter of World War III is prowling across Europe and the Middle East. Professor Cohen has repeatedly stressed that if Washington continues to indulge the neocons' plan to arm Ukraine and encourage Kiev's warmongering against Russia, the United States will finally face an equivalent of the Cuban Missile Crisis in Eastern Europe.

"Now we have the Syrian thing. And I mean this is serious," the professor pointed out.

"Everybody would understand that if American warplanes, Russian warplanes, Syrian warplanes, French warplanes, maybe Israeli warplanes, all are flying over Syria and Iraq, they …[could] shoot each other down. That is a very difficult, complex technical situation beyond my understanding except that we know this really has to be coordinated," Cohen emphasized.

Russia and the United States are currently involved in a new cold war on two fronts – in Ukraine and in Syria.

"Here is a chance for cooperation. In the old cold war, in forty-years cold war, it always happened… we found ways to cooperate, because there were rules. The problem is there are no rules today," Professor Cohen stressed.