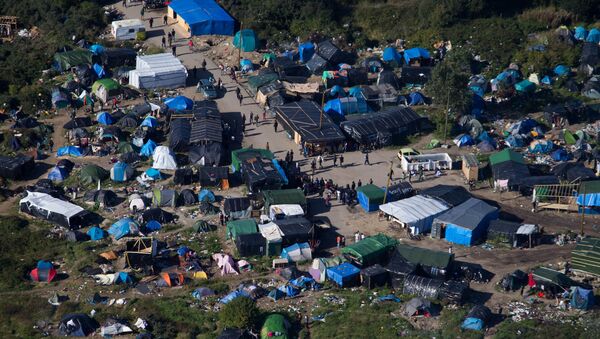 A majority of British citizens think that their country should take in fewer refugees, as immigration has a negative effect on culture and the economy, a Sky News survey revealed on Friday.

Japan Sympathizes With Refugees but Does Not Intend to Take Them
LONDON (Sputnik) — A total of 57 percent of UK residents polled said Britain should take fewer asylum seekers. About 63 percent of respondents said immigration had negative impact on British culture and 52 percent believe that immigrants could undermine the country’s economy.

EU member states are currently struggling to manage the largest migrant crisis since World War II, as hundreds of thousands of refugees flee conflict-torn Middle East and North Africa, trying to reach the European Union. According to the European Commission, some 500,000 migrants and refugees have arrived in the bloc this year.

Germany Struggling to Cope With 600,000 Refugees, Urges All-EU Decision
In September, the European Commission announced a mandatory quota system to relocate some 160,000 refugees who had arrived primarily in Italy, Greece and Hungary, within the EU states.

British Prime Minister David Cameron rejected UK involvement in the EU quota scheme, adding that Britain would accept 20,000 migrants, under its own plan, from refugee camps in states neighboring Syria, over the next five years.