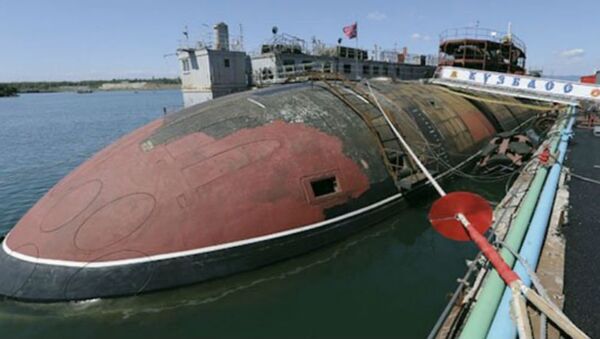 © Russian Ministry of Defense
Subscribe
International
India
Africa
Russia is modernizing 12 nuclear-powered submarines as part of an ambitious project to extend the life of the vessels by another 20 years, according to Russian Defense Minister Sergei Shoigu.

Six of the submarines are undergoing repairs and upgrades at Zvezda shipyard at Bolshoy Kamen on Russia's Pacific coast.

According to navy and shipyard representatives, the upgrades include new missiles and other weapons. The work aims to put the submarines on the same technological level as Russia's next-generation nuclear-powered boats, such as the new Project 885M Yasen-class submarines.

The six boats reportedly include Schuka-B/Project 971 Akula-class nuclear-powered attack submarines and Antyey/Project 949A Oscar II-class guided-missile submarines that were built in the late 1980s and early 1990s.

The modernization program has left current force levels as low as nine active submarines across the fleet.