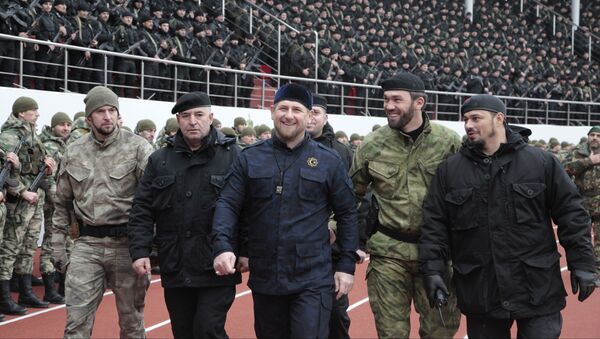 Group of Islamic State Sympathizers Detained in Chechnya - Kadyrov
“In 1999 when Chechnya was in the hands of these devils, I, as a Muslim, a Chechen and a patriot of Russia, vowed to devote all my life to fighting [the terrorists] everywhere. I ask for permission for us to go to Syria and take part in these special operations there,” Kadyrov told Russian News Service radio on Friday.

He added that it was up President Putin to decide, but added that Chechen soldiers were ready to join in the fight in Syria.

“The moment the terrorists in Syria realize that [Chechen] soldiers are on the way, they will immediately get out of there,” Kadyrov added.