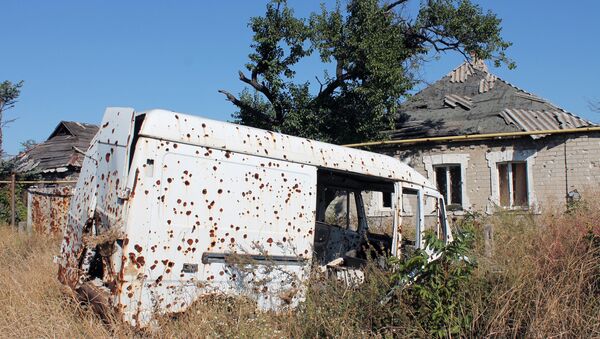 © Sputnik / Irina Gerashchenko
/
Go to the photo bank
Subscribe
The Donetsk People's Republic called for extending the Minsk agreements into 2016.

Arms Withdrawal Important Step to Resolving Donbass Conflict – German FM
MOSCOW (Sputnik) — Fulfilling the Minsk peace agreements is impossible by the end of the year, and it is necessary to extend the deals to 2016, negotiator for the self-proclaimed Donetsk People's Republic in eastern Ukraine Denis Pushilin said Friday.

"This is an absolutely adequate, normal decision, because fulfilling all that is outlined in the complex of measures, based on Ukrainian laws, regulations, procedural norms, even if Ukraine now stops simulating and begins implementing the agreements, is simply impossible," Pushilin told Rossiya-24 television.