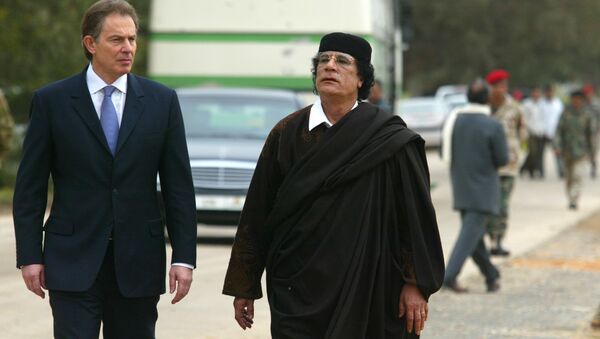 The latest round of emails by former US secretary of state Hilary Clinton, released under the US freedom of information legislation, contain details about the conversation between Blair and Gaddafi on 25 February 2011.

Tony Blair urged Colonel Gaddafi to find a 'safe place to go' during revolt as rebels closed in pic.twitter.com/XquJUirgtG

The world was watching Colonel Gaddafi's regime after security forces fired at crowds of pro-democracy protesters. The UN was drafting a resolution against "the gross and systematic violation of human rights" and Blair was making telephone calls.

"That process of change can be managed and we have to find a way of managing it," said Blair.

The telephone call was transcribed by Blair's head of strategy, Catherine Rimmer, and sent to Jake Sullivan, a senior adviser to Hillary Clinton.

But Blair's words fell on deaf ears. The UN Security Council froze Gaddafi's assets and referred his government to the International Criminal Court.

A month later France and Britain embarked on a military backed mission to overthrow Gaddafi who was eventually captured and killed during the Battle of Sirte — now a target site for Islamic State terrorists. 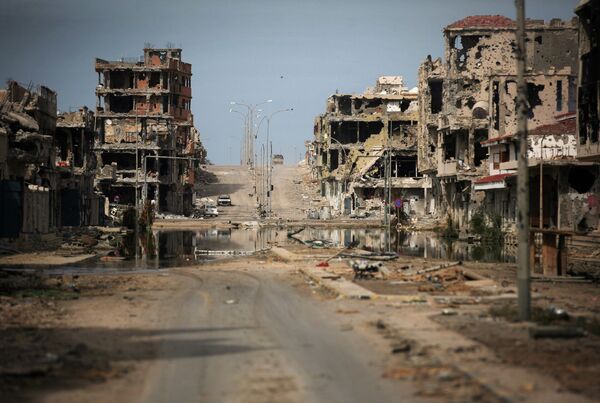 Blair is also quoted in the email admitting "The US and the EU are in a tough position right now and I need to take something back to them which ensures this ends peacefully".

Since the 2011 invasion Libya has descended into chaos. Weapons used by rebel forced to overthrow Gaddafi are now in the hands of IS militants.

"The relationship between war and the rising challenge of refugees, immigrants and asylum seekers cannot be overstated," a Middle East expert Ramzy Baroud writes on website On Islam.

Those who wage war should shoulder part of moral responsibility of addressing its horrible consequences http://t.co/3wfTV8GzQ5 #migrants

"It is both ironic and sad that the many thousands of refugees are seeking shelter in the same European and NATO countries that either directly (as in Libya, Iraq, Afghanistan) or indirectly (as in Syria) contributed to the destruction and destabilization of their countries," Baroud said.

Ninety percent of the boats used to smuggle migrants to Europe set sail from Libyan shores rammed with people desperate to find a safe place.

000000
Popular comments
Former British Prime Minister and Middle East Peace Envoy, tony blair told former Libyan leader Colonel Gaddafi to find a safe place to hide amid pro-democracy protests across Liby. "and Middle East Peace Envoy" you are kidding me right??? The UN was drafting a resolution against "the gross and systematic violation of human rights??? Are you kdding me again, always the same old crap about human rights and what about when it is the u.n. and company that are killing thousands and thousands and commiting human rights crime??? Watch this and open your eyes to the truth about Lybia, www.youtube.com/watch?v=XorKTwkFPDU Sucha nice place with nice rules for it's people destroyed by the western terrorist groups claiming Lybia is the terrorist. This is so sickening and this kind of crap needs to stop a.s.a.p!!!