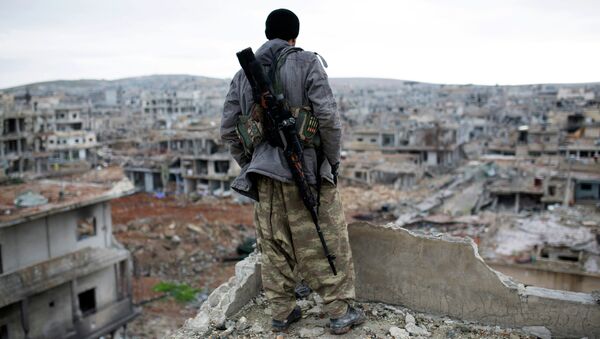 Russian Su-34 Strike Fighters Combat ISIL in Syria
One of the Syrian rebel groups backed by the US, the so-called Free Syrian Army, said their commander was killed by a Russian bomb in the province of Hom. US Senator John McCain was quick to pop out and accuse Russia of killing CIA-trained rebels.

During another Russian attack, a rebel commander of the Liwa Suqour al-Jabal group, trained by the CIA, said their entire training camp was hit by over 20 Russian missiles in the Idlib province, the Guardian reported.

It seems real scary, eh? Those "bad" Russians are doing no good in Syria, harming "good" Syrian militants trained by the CIA. Except a few weeks ago the US Department of Defense (DoD) announced that they had no idea where "their" rebels were. 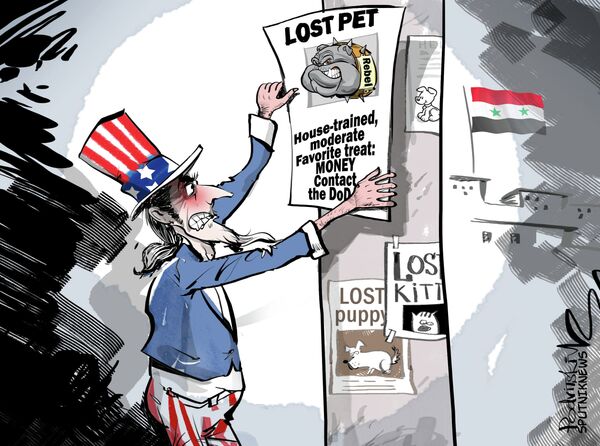 Furthermore, there were fears that those missing rebels could have joined the al-Nusra terrorist group, the al-Qaeda's affiliate in Syria. Oops, turns out the Pentagon trained al-Qaeda fighters in Syria. Good job, America.

CENTCOM Confesses: Only ‘4 or 5’ US-Trained Syrian Rebels Fight ISIL
Then, even more amusing things happened. US Commander of Central Command (CENTCOM) Gen. Lloyd Austin said that out of all US-trained Syrian rebels only nine individuals were fighting ISIL.

Back in July, US Secretary of Defense Ashton Carter reported that the United States had successfully trained 60 Syrian fighters.

If only nine out of these US-trained rebels are actually fighting ISIL, while the rest are "missing" somewhere in the Syrian desert, and even worse have joined al-Nusra or perhaps other jihadist groups, including ISIL, then the US government is doing an awful and counterproductive job, to say the least.

And just when Russia started the anti-ISIL airstrike campaign, Western media reported that all those US-trained rebels, who were previously missing, suddenly appeared out of the desert and said that their entire training grounds were hit and commanders killed. Sounds absurd, right? Especially considering that not long ago Gen. Austin himself said there were only nine US-trained rebels out there in the whole of Syria.

Now comes the best part — later today the Pentagon confirmed that Russian planes didn't hit any Syrian opposition forces. Of course Russian Foreign Minister Sergei Lavrov said the same thing, stating that the earlier media claims were false, but when did Western media listen to him?

Syria is a mess. Everyone knows this much is true. It seems like the US government hasn't the slightest idea of what's really going on in Syria: where the CIA-trained rebels are and to which jihadist group "their" rebels ended up joining and even what is Russia doing in Syria. Bombing US-backed rebels, as Senator McCain claimed or not bombing them, according to the official Pentagon report.