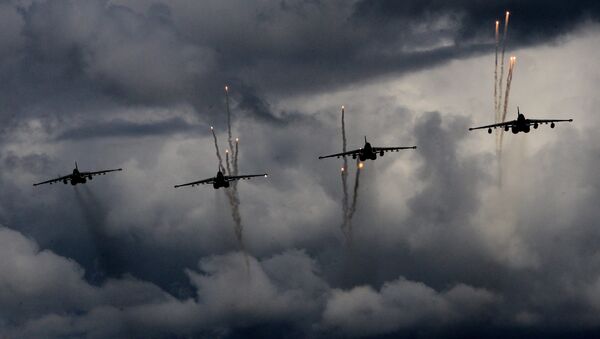 'Don't Become Victim of Perverse Info' About Russia's Operation in Syria
BRUSSELS (Sputnik) — The European Council will have to find a way to work with Russia to contain the Islamic State "terrorist madness" in Syria, European Parliament President Martin Schulz said Thursday.

Russia has been carrying out precision airstrikes against ISIL positions in Syria for two days, after the Syrian government called for Moscow’s military aid earlier this week. A US-led coalition of Gulf and Western forces has been flying bombing missions in the region for over a year without the Syrian government's approval and bypassing the UN Security Council.

"In terms of the role played by Russia, this is something I have discussed with different colleagues. Russia is there in Syria now. That is something that is clear for everybody. And so we will have to talk to Russia about this and try to build some kind of a common strategy," Schulz said at a press briefing in Brussels.

The EU parliament president stressed an international coalition must be formed to counter "terrorist madness from IS." "That coalition will definitely need Iran, Russia," he told reporters, adding the European Parliament will try to help diplomatically.

Hostilities in Syria have claimed around 250,000 lives and displaced 11 million. Four million Syrians are estimated to have fled into neighboring countries and Europe.