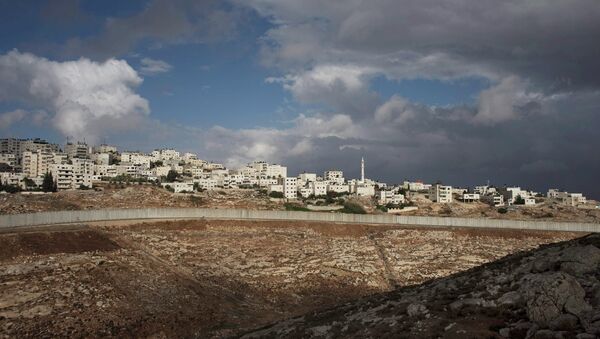 TEL AVIV (Sputnik) — According to the medics, the killed Israelis were husband and wife, both 30 years old, who were murdered in front of their four children who are unharmed.

BREAKING PHOTO: Emergency units on scene after Israeli couple died after being shot by Arab terrorist near Itamar. pic.twitter.com/cq1YBspxeF

"Tragic news: two civilians have been killed in shooting near [the settlement of] Itamar," Lerner said on Twitter.

The car at the scene in Itamar, where 2 parents were killed in front of their 4 children pic.twitter.com/fbX6TY3kQe

According to local media, the militants shot the Israelis from the moving car.

The Israeli forces are searching for the shooters.