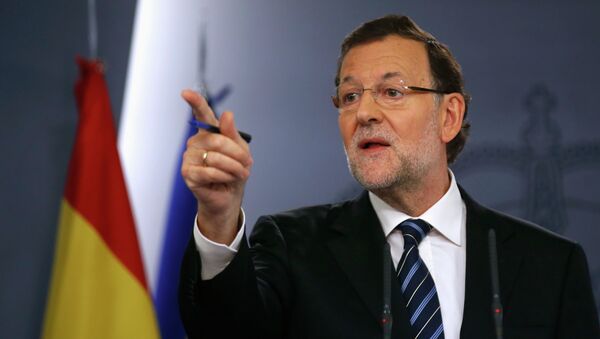 MADRID (Sputnik) — According to the prime minister, by holding election on December 20 rather than on December 13, the government will evade necessity to form a new composition of the parliament in the middle of the Christmas holidays.

“Elections will be held on December 20,” Rajoy said as quoted by the Antenna 3 broadcaster.

During the last parliamentary elections, held in Spain in 2011, the People’s Party, led by Rajoy, received the support of over 42 percent of the electorate and obtained 186 seats in Parliament, which constituted an absolute majority.

According to recent polls, PP could lose the upcoming election to its main rival, the Spanish Socialist Workers' Party (PSOE), at the moment leading with a slight margin.