US to Build Cyber Mission Force to Prevent Cyberattacks - Pentagon 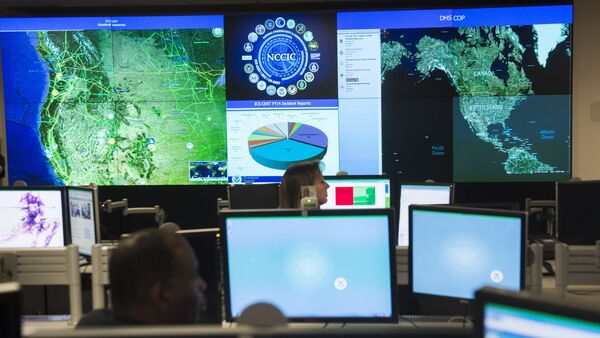 © AFP 2023 / SAUL LOEB
Subscribe
International
India
Africa
The US Department of Defense plans to build a massive Cyber Mission Force by 2018 to prevent cyberattacks against the United States, Department officials said in hearing at the US House Armed Services Committee.

WASHINGTON (Sputnik) — The Cyber Mission Force, according to the officials, would include some 68 Cyber Protection Teams that would help to defend the Defense Department’s networks from cyberattacks.

"In support of these [cybersecurity] goals, we are building the Cyber Mission Force, training it to conduct full spectrum cyberspace operations, and equipping it with the tools and infrastructure it needs to succeed," Deputy Defense Secretary Robert Work and the Defense Department’s Chief Information Officer Terry Halvorsen said in joint remarks on Wednesday.

The two officials explained that 13 National Mission Teams would focus on defending cyberattacks "of significant consequence," while 27 Combat Mission Teams that would support "operational plans and contingency operations."

Additional 25 Support Teams will help the other teams with "analytic and planning support."

Work acknowledged that Washington’s cyber deterrence policy has not been "as effective as it should be," but added that the Defense Department would try to strengthen it amid recent massive cyberattacks against US government agencies and corporations.

US Cyber Command Commander Admiral Michael Rogers stated during the hearing that Russia and China were Washington’s top competitors in the cyber domain.

World
Chinese President Denies Beijing Behind Cyberattacks on US Companies
"[W]e have to acknowledge we have at least one peer [cyber] competitor in the form of the Russians," Rogers said, adding that the Cyber Command constantly tries to monitor Russian activities.

Rogers explained there is a set of countries the Cyber Command pays great attention to, who are increasing their level of investment, capacity and capability.

“[T]he Chinese probably the ones that get the most attention… but they are not alone by any stretch of the imagination," he added.

The Defense Department officials stated Russia is establishing its own cyber command, which they claimed would be responsible for offensive cyber activities.

In recent years, US businesses and government agencies have fallen victim to numerous cyberattacks from a variety of actors with criminal, economic or political motivations. In April, the Office of Personnel Management acknowledged that hackers have attacked its networks, compromising the personal data of more than 21 million current and former US government employees.