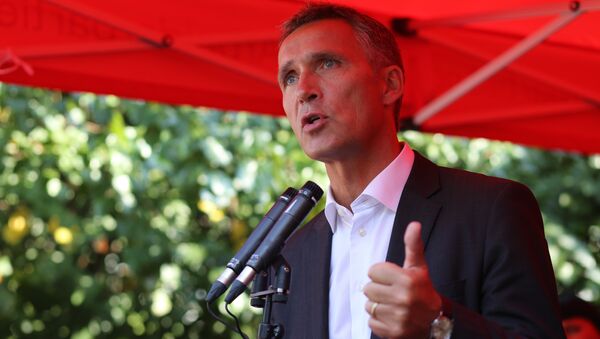 Jens Stoltenberg said that Russia plays a pivotal role in the United Nations as a permanent member of the UN Security Council.

"Russia is a permanent member of the Security Council. As one of the five permanent members, Russia is always an important player in the United Nations," Stoltenberg told the Norwegian Dagbladet daily in an interview published late Sunday.

Given its key membership in the world governing body’s decision-making council, it "does not make any sense to isolate Russia," Stoltenberg observed.

Asked if there is reason to fear "aggression" from Russia, the NATO chief said he would rather focus on the positive aspects, providing a ceasefire largely observed in east Ukraine as a key example.

"When I was there last week, it was the first day OSCE [Organization for Security and Co-operation in Europe] reported zero ceasefire violations. There is a renewed attempt at a full implementation of the Minsk agreements," he stressed.

On the subject of Syria, Stoltenberg said he "encouraged" Russia to use its presence in a positive way and welcomed Russian President Vladimir Putin’s upcoming talks on the subject with his US counterpart Barack Obama.

Putin leads the Russian delegation at the 70th UN General Assembly that opened on September 15. Russian Foreign Minister Sergei Lavrov, who arrived in the UN headquarters over the weekend, was scheduled to meet Stoltenberg on the sidelines of the assembly.