Poroshenko to Insist on Cancellation of Donbass Elections 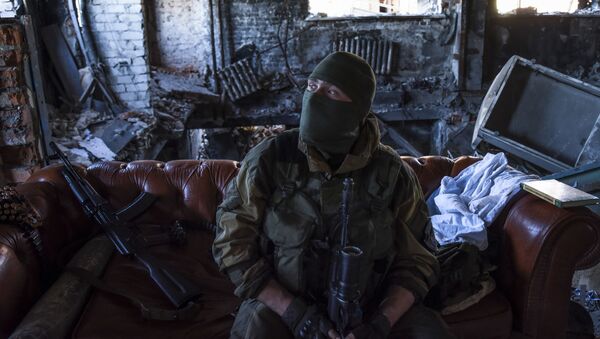 Ukrainian President Petro Poroshenko said Monday he will insist on full implementation of the Minsk peace accords and the cancellation of local elections in Donbass during the upcoming 'Normandy Four' summit in Paris.

NEW YORK (Sputnik) — Leaders of Russia, Ukraine, Germany and France are expected to meet on October 2 in Paris to discuss the Ukrainian crisis.

"I think we should create all necessary conditions to ensure the implementation of the Minsk agreements, including the cancellation of illegitimate elections [in self-proclaimed people's republics of Donetsk and Lugansk]," Poroshenko said on the sidelines of the 70th session of the UN General Assembly in New York.

The Normandy Four was created in 2014 to secure a peaceful settlement to the conflict in eastern Ukraine. In February, the quartet leaders worked out the Minsk peace deal, later signed by the Kiev forces and the militias of the eastern Ukrainian Donbass region.

Under the deal, both constitutional reforms aimed at decentralizing power in Ukraine and local elections in Donbass must be concluded before the end of 2015.