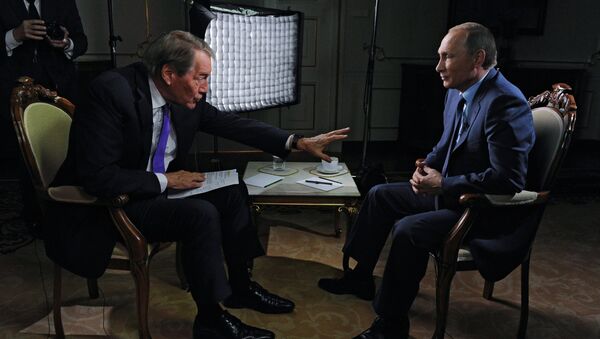 Ahead of his much anticipated address at the 70th UN General Assembly in New York, Russian President Vladimir Putin met with American talk show host and journalist Charlie Rose and shed some light on what he is going to talk about.

The interview is set to air on Sunday evening in the United States on the CBS television program 60 Minutes, right on the eve of the President’s address to the UN.

The President's Speech: Best Quotes of Vladimir Putin Ahead of UNGA Address
As a result, the Russian head of state has specified that he does not “think it reasonable to go into much detail about everything he is going to speak about”.

However, Vladimir Putin has revealed some topics he will definitely touch upon.

Here is what they are:

Putin on Terrorism: ‘The task of joining our efforts in the fight against this common evil’

The issue, he says, should be definitely addressed from the United Nations platform, due to the scale of this global threat. 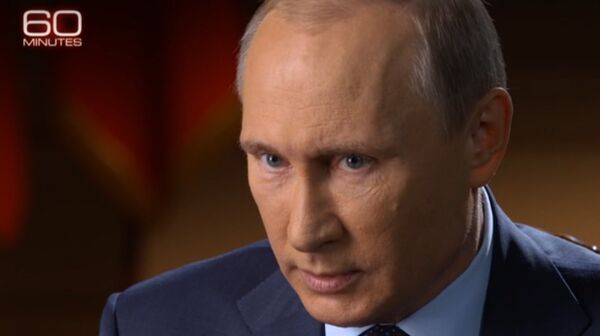 It is really hard to overestimate the threat of global terrorism, as the number of people who suffer from it now stands at hundreds of thousands, millions of people, thus making it a common challenge.

The president has called it a “common evil”, which can be tackled only through the joint efforts of the global community.

Putin on Russia’s Presence in Syria: ‘We act based on the United Nations Charter and the request from the Syrian government’

The situation in Syria is surely a hot topic of today's news.

Putin Says Nickname Tsar Doesn’t Fit Him
President Putin has repeatedly voiced Russia's support of legitimate President Assad, specifying that the fate of the country should be decided solely by the Syrians.

“Concerning our, as you put it, presence in Syria, as of today it has taken the form of weapons supplies to the Syrian government, personnel training and humanitarian aid to the Syrian people.”

However, the president explained that Russia is acting on the basis of the United Nations Charter, i.e. the fundamental principles of modern international law, according to which, this or that type of aid, including military assistance, can and must be provided exclusively to the legitimate government of one country or another, upon its consent or request, or as per the decision of the United Nations Security Council.

“In this particular case, we act based on the request from the Syrian government to provide military and technical assistance, which we deliver under entirely legal international contracts,” he stressed.

Putin on a Joint Fight Against Terrorism in Syria: ‘We would welcome a common platform for collective action against the terrorists’

Russia
Putin Says He Likes US Creativity in Tackling Problems
The president previously said that Moscow is concerned about the spreading influence of the Islamic State, (also known as ISIL and ISIS), which openly intends to expand into Europe, Russia, Central and Southeast Asia.

The president stressed that there is only one regular army in Syria and that is the army of Syrian President al-Assad. He is confronted with what some of Russia’s international partners interpret as an opposition.

In reality, he said, al-Assad's army is fighting against terrorist organisations. 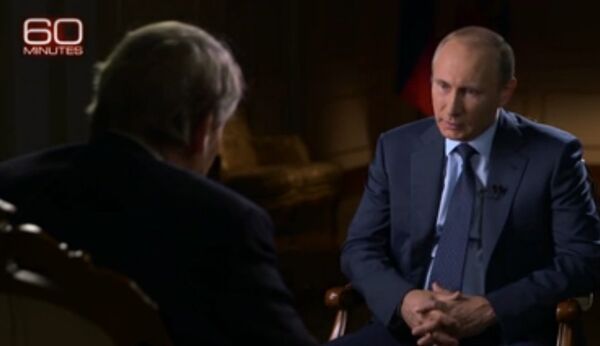 “You should know better than me about the hearings that have just taken place in the United States Senate, where the military and Pentagon representatives, if I am not mistaken, reported to the senators about what the United States had done to train the combat part of the opposition forces.”

“The initial aim was to train between 5,000 and 6,000 fighters, and then 12,000 more. It turns out that only 60 of these fighters have been properly trained, and as few as 4 or 5 people actually carry weapons, while the rest of them have deserted with their American weapons to join ISIS. That is the first point.”

“Secondly, in my opinion, the provision of military support to illegal structures runs counter to the principles of modern international law and the United Nations Charter. We have been providing assistance to legitimate government entities only.”

In late June, President Putin called on Syria and countries such as Turkey, Jordan and Saudi Arabia to join forces in the battle against the Islamic State by establishing an anti-terrorism coalition. Later, he discussed the issue with his US counterpart Barack Obama.

Putin: Syrian Crisis Can be Solved Only Through Support of Assad Gov't
“I have personally informed the President of Turkey, the King of Jordan, as well as Saudi Arabia of that; we informed the United States too, and Mr Kerry, whom you have mentioned, had an in-depth conversation with our Foreign Minister Sergei Lavrov on this matter; additionally, our military stay in touch and discuss this issue.”

“We would welcome a common platform for collective action against the terrorists.”

Putin on the UN: ‘The decision to establish the United Nations was made in our country at the Yalta Conference’

The Russian head of state will certainly take a chance to talk on the history of the United Nations. He will remind that the final decision to establish the United Nations was taken at the Yalta Conference in the Soviet Union.

The Soviet Union was a founding member state of the United Nations and a permanent member of its Security Council, and Russia is the successor state to the Soviet Union, the president stressed.

Stop Deluding Yourself, 'Assad Must Go' Will Remain Unchanged US Policy
The Yalta Conference took place in a Russian resort town in the Crimea from February 4–11, 1945, during World War Two.  At Yalta, the three leaders Joseph Stalin, US President Franklin D. Roosevelt and British Prime Minister Winston Churchill together with their foreign ministers and chiefs of staff made important decisions regarding the future progress of the war and the postwar world.

In Yalta, the politicians declared their resolve to establish a general international organization to maintain peace and security.

“We are resolved,” the three leaders declared, “upon the earliest possible establishment with our Allies of a general international organization to maintain peace and security… “We have agreed that a Conference of United Nations should be called to meet at San Francisco in the United States on the 25th April, 1945, to prepare the charter of such an organization, along the lines proposed in the formal conversations of Dumbarton Oaks.”

And, Finally, Why Putin Will Address the UN: ‘To explain Russia's vision of today's international relations, as well as the future of this organisation and the global community’

World
'Without Cooperation With Russia, US Is Only a Second Fiddle in Syria'
The president will have to say a few words about the present day, about the evolving international situation, about the fact that the United Nations remains the sole universal international organisation designed to maintain global peace.

“And in this sense it has no alternative today. It is also apparent that it should adapt to the ever-changing world, which we discuss all the time: how it should evolve and at what rate, which components should undergo qualitative changes.”

“Of course, I will have to or rather should use this international platform to explain Russia's vision of today's international relations, as well as the future of this organisation and the global community,” he stressed.