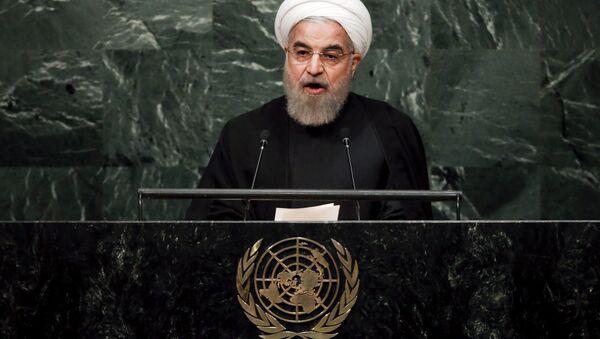 Iran Starts Preliminary Talks on Oil Field Development With Energy Giants
Oil appears to have been downgraded in its position as the main source of the Iranian government' revenues for the first time since the 1960's, a sign the country is getting rid of the 'oil curse' thanks to a 'tax revolution' launched by President Hassan Rouhani.

000000
Popular comments
These are meriticratic people with a long history. Not to be compared with the inbred saud caravan thieves next door, who formerly used desert sand as kleenex, and are now "royalty" thanks to guns supplied by a brit lawrence of Arabia.