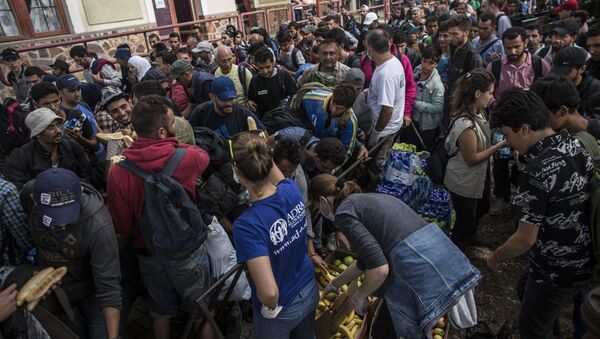 "We are in favor of the solidarity mechanism that exists within Europe… Secondly, it is obvious to talk about two things: one is the cause of this crisis, Syria being one of the most important ones but there are others, and secondly is to play an active role in the region," Koenders emphasized.

"I was last week in Lebanon, and you see that it's very important that these countries are supported in the way that they have taken a large responsibility in receiving refugees," he added.

On Friday, Lebanon's Foreign Minister Gebran Bassil said that some 1.5 million Syrian and about 500,000 Palestinian refugees residing on the Lebanese territory were a heavy burden for the country.

According to the minister, Beirut does not receive enough aid and long-term loans that include concessionary conditions to help solve the crisis.

The current EU support to Lebanon stands at around $18 million, whereas the European Commission said earlier in September that additional funds would be disbursed in the coming months.