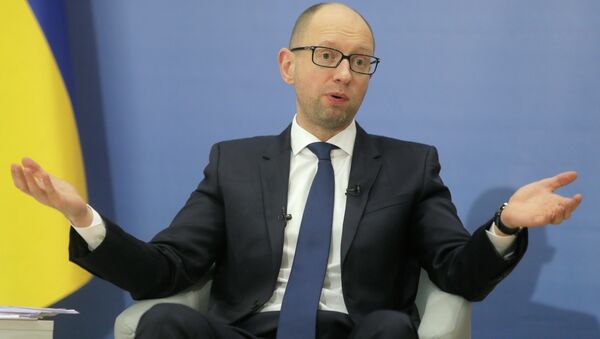 Did Yatsenyuk Just Say That Western Ukraine Should Be Given Back to Poland?
KIEV (Sputnik) — A Kiev district court obliged the Prosecutor General's Office to open a criminal case on corruption charges against Ukrainian Prime Minister Arseniy Yatsenyuk, a Ukrainian lawmaker said Saturday.

"Yatsenyuk will answer for a [$]3-million bribe! On my complaint, [Kiev] Pechersk District Court ordered the GPU [Prosecutor General's Office of Ukraine] to open a criminal case against the head of the government," Sergei Caplin wrote on his Facebook page.

According to the lawmaker, Yatsenyuk have allegedly taken a bribe for appointing Volodymyr Ishchuk as a head of the national Broadcasting, Radiocommunications & Television Concern.

Caplin attached the court decision to his statement on the social network.