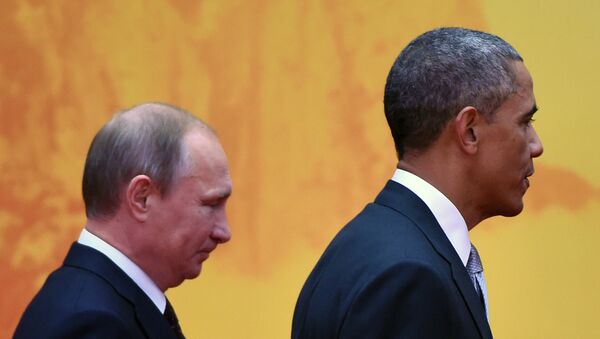 Washington's claims that Russian President Vladimir Putin was seeking to meet with his US counterpart Barack Obama have nothing to do with reality, Russian presidential aide Yuri Ushakov said Friday.

"A couple of days ago, on September 19, we received a proposal from the [Obama] administration to consider two possible dates for a meeting between the two presidents in New York," Ushakov told journalists.

"Let me remind you of our principled position, which is that we do not decline from proposed contacts, we are calling for a constant high-level dialogue, especially since there are a lot of pressing issues on the agenda, which require joint solutions, compromises," Ushakov added.

Ushakov added that Putin and Obama would discuss key international issues with focus on the Middle East during their meeting next week.

"We are ready to discuss all issues concerning our two countries, with an emphasis on the situation in the Middle East and Syrian problems, though, of course, other issues are likely to be addressed as well, including the crisis in Ukraine," Ushakov told reporters.