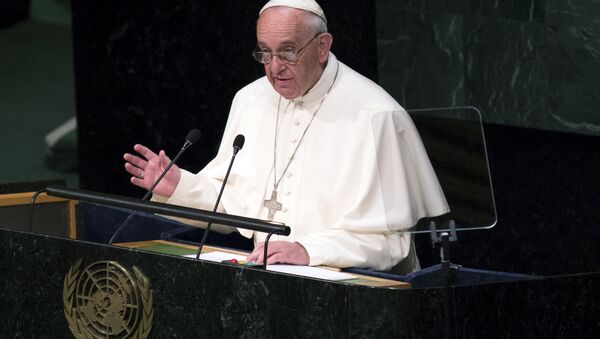 During the speech at the UN General Assembly, Pope Francis has called for the destruction of all nuclear weapons.

“Peace needs to be reached without nuclear weapons by exercising the agreement on non-proliferation to its fullest, to the letter, and to the spirit up to the complete destruction of these weapons,” Pope Francis said during his speech at the UN General Assembly in New York.