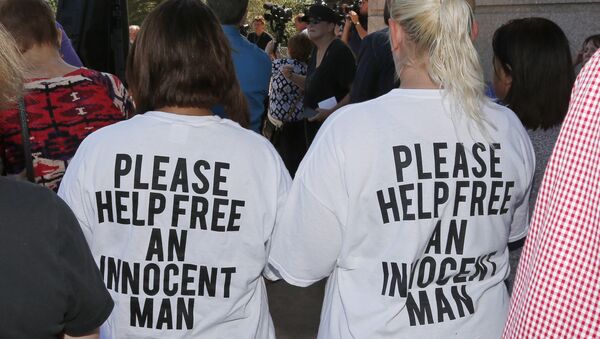 © AP Photo / Sue Ogrocki
Subscribe
International
India
Africa
Attorneys for an Oklahoma death row inmate have alleged that prosecutors are trying to intimidate current and potential witnesses who could question the credibility of the state’s star witness.

Richard Glossip, 52, was convicted of arranging the 1997 murder of the owner of an Oklahoma City motel that Glossip managed. He was set to be executed last week, but a last-minute stay from the Oklahoma Court of Criminal Appeals moved it to September 30.

Defense attorneys said Michael Scott, who signed an affidavit saying he heard convicted murderer Justin Sneed brag setting Glossip up for the crime, was arrested Tuesday on a warrant for an unpaid fine and failure to complete community service connected to a recent drunk driving arrest, Reuters reported.

Scott was arrested in Rogers County, but was interrogated by Oklahoma County District Attorney David Prater, who serves the county where the murder took place around 100 miles to the southwest, according to the court filing.

"Prater specifically told Mr. Scott that he ordered this action so that Scott would be forced to talk with Prater and his investigator," the filing said.

Glossip's lawyers say there is no physical evidence implicating Glossip, and he was convicted largely on the testimony of Sneed, then the hotel maintenance man, who said he killed the owner after Glossip hired him to do it. 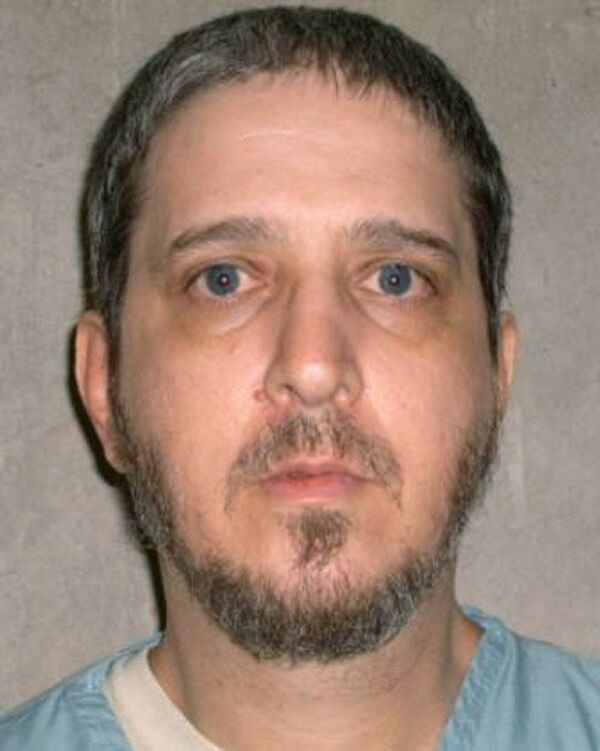 Sneed is serving a life sentence for the crime, but avoided the death penalty by testifying against Glossip.

An appeals court threw out one of Glossip’s previous convictions, saying the evidence was "extremely weak." He was found guilty in a 2004 retrial, however.

Scott's affidavit is among mounting evidence contradicting Sneed’s account of the killing. One of Sneed’s former cellmates said Sneed never mentioned Glossip’s name while describing how he killed the motel owner with a baseball bat.

"I am sure that Justin Sneed acted alone,” Joseph Tapley said in an affidavit. "He never gave me any indication that someone else was involved. He never mentioned the name of Richard Glossip to me."

Tapley also said Sneed was very worried about getting the death penalty, and “the only thing that mattered to him was signing for a life sentence.”