Kanye West Was Serious About Running for President? 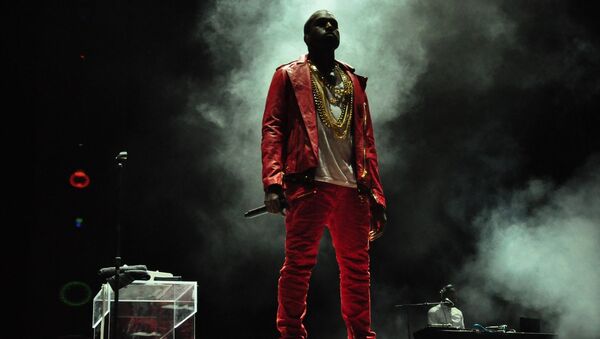 © Flickr / Super 45 | Música Independiente
Subscribe
International
India
Africa
If a billionaire reality TV star can run for president, then why not Kanye West? The rapper floated the idea last month, and while that announcement was seen largely as a joke, he may have been more genuine than many assumed.

Comedian Aziz Ansari has a bit about the first time he went to Kanye West’s house.

Kanye May Run for President in 2020. But What is Happening Now?

"We get there pretty early, no one’s really there, and I walk in and I hear '808s & Heartbreak' playing, which is his album." Aziz finds Kanye on the couch, nodding. "I was like, 'Yo man, are you listening to your own album, in your own house, bobbing your own head?' And he goes, 'Yeah, these beats are dope.'"

To put it delicately, Mr. West is talented, but also a little braggadocios.

Which is why his announcement during MTV’s Video Music Awards last month of his intention to run for president in 2020 caused only the most mild of media hiccups. Sure, ok, Kanye West is running for president.

But when asked if he was serious in a recent interview with Vanity Fair, the 38-year-old said "Oh, definitely."

"As soon as I said that, it was like, 'Wait a second, we would really be into that, because actually if you think about it, he’s extremely thoughtful. Every time he’s ever gotten in trouble, he was really jumping in front of a bullet for someone else. He’s probably the most honest celebrity that we have,'" he said, referring to himself in the third person.

"I didn’t approach that because I thought it would be fun."

Whether or not his claims are true is a matter for debate. While West certainly has a reputation for moments like his infamous interruption of Taylor Swift in 2009 – a moment which led President Obama to describe him as a "jacka**" – he’s also been described as a surprisingly accommodating collaborator.

Still, if he throws his hat into the ring in 2020, claims about being the “most honest celebrity” are going to have to be researched by PolitiFact.

But as the man said, he’s not taking his decision lightly.

West hasn’t decided which political party he would represent, but given his thoughts on former President Bush’s reaction to Hurricane Katrina, a Democratic ticket seems more likely. Although a group of fans have already launched a Super PAC called Ready for Kanye, encouraging a Republican run.

"It’s fun to be a rock star, and I’ll never not be one I guess, but there’ll be a point where I become my mother’s child," he said.

Whatever you may think about the idea of President West, it’s important to keep these things in perspective – if Kanye wins the Oval Office, then the first lady of these United States will be Kim Kardashian.