Putin Says He Likes US Creativity in Tackling Problems 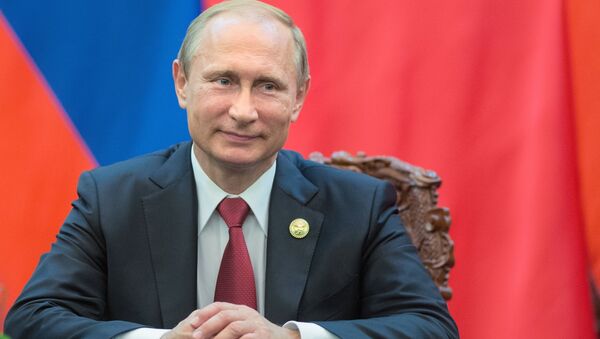 © Sputnik / Sergey Guneev
/
Go to the mediabank
Subscribe
International
India
Africa
The US people managed to achieve “such amazing results” in the country’s development due to their creativity and open-mindedness, Russian President Vladimir Putin said in an interview with CBS News.

Europe's Blind Support for US' Foreign Policy Pushing EU Into Abyss
MOSCOW (Sputnik) — The interview was recorded prior to the Russian leader’s visit to New York where he is set to address the UN General Assembly on September 28. The full version of interview will air on Sunday.

“I like the creativity … when it comes to your tackling problems,” Putin told Charlie Rose, answering a question on what he admires about the United States.

He added that Americans’ open-mindedness allows them to unleash their inner potential.

“And thanks to that, America has attained such amazing results in developing their country,” Putin stressed.