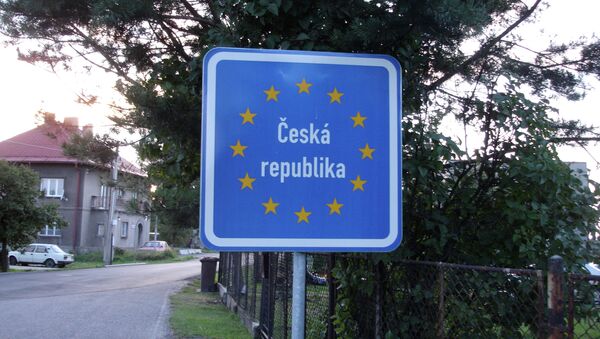 © Flickr / insidious and subtle M
Subscribe
A petition to allow for a Czech referendum on whether to stay or quit the European Union over sharp disagreements concerning the migrant crisis has gathered over 50,000 signatures.

'Finnxit'? Eurozone Exit Initiative Moving Toward Finnish Parliament
A total of 51,097 people have currently signed the motion asking the Czech parliament to pass a constitutional law to pave the way for a vote on the country’s EU membership.

The move comes after EU nations agreed by majority vote on Tuesday to transfer some 120,000 migrants from Italy, Greece and Hungary to other EU member states, despite opposition from the Czech Republic, Romania and Slovakia.

The anti-EU Freedom and Direct Democracy (SPD) party behind the petition warned Czech citizens that Brussels is encroaching on national sovereignty and will limit personal freedom next.

"The approval of the EU mandatory quotas for the distribution of migrants is a fundamental violation of the sovereignty and independence of the Czech Republic. It is an act comparable to the events of March 1939 and August 1968. After such an abuse of the rights of our country an attack on democratic rights and freedoms of Czech citizens will follow."

The authors of the petition emphasized that Freedom and Direct Democracy party had already raised the issue in the country's parliament three times.

"Within 24 hours our online petition was signed by 42,000 people. This has never happened in the history of the Czech Internet," the movement said via Facebook adding that the country's media "ignore this unprecedented protest of the Czech citizens" except for couple of exceptions.

The vote on migrants exposed deep divisions inside the EU bloc, which originally sought a unilateral agreement to ease the refugee crisis.