What Happens When You Fire an RPG at 16 Inches of Bulletproof Glass? 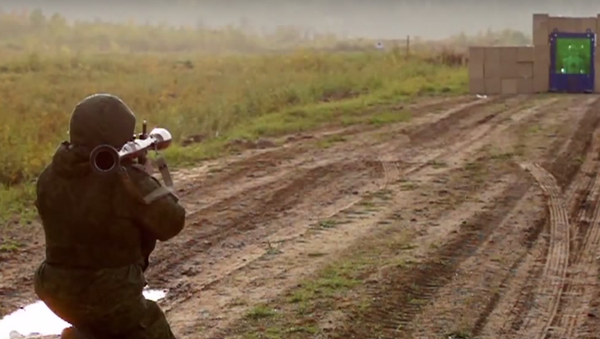 © YouTube/Crash Zone
Subscribe
Bulletproof glass doesn’t joke around. But neither does a rocket propelled grenade.

One of Hollywood’s most consistent action movie tropes, the effectiveness of bulletproof glass has been pretty well demonstrated. Whether it’s the hero or the villain, someone’s going to have a gun pointed in their direction, only to stare smugly as the bullets are blocked by a sheet of glass the audience didn’t realize was there.

Through a process known as lamination, manufacturers layer polycarbonate material over panels of glass. The more layers, the more resistant the glass is to blunt force. While no window could ever be really, truly, 100% bulletproof, Blofeld can safely assume that James Bond’s 9mm isn’t going to make it through a panel 16 inches thick.

But what about a rocket propelled grenade?

This is the same question the team over at Crash Zone asked themselves. Not content to be mere armchair philosophers, they took their curiosity to the firing range.

Placing a test dummy behind the glass, the team fired an anti-tank RPG-7. How did he fare?

Not well. If real, the dummy would be unmistakably dead. The glass, however, holds up surprisingly well, even if it does have a rocket-sized hole in it.

So they add another panel, leaving space between the two. Does the dummy survive this time?

What’s the lesson? Probably nothing you couldn’t have figured out on your own. Bulletproof glass will not protect you from a rocket.