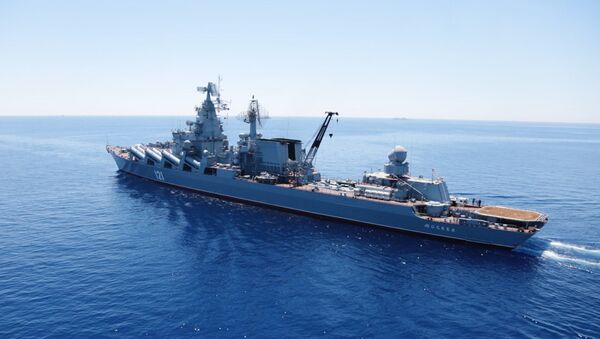 Russia has warned countries on the exercises in the eastern Mediterranean Sea in advance to provide security.

"In accordance with the plans for preparing troops confirmed at the end of 2014, exercises are planned in the eastern part of the Mediterranean Sea for this period for the Russian Navy," the press service said.

The Russian Defense Ministry said it has warned countries on the exercises in the eastern Mediterranean Sea.

You Shall Not Pass: Watch Rubezh Anti-Ship Complex Defending the Coast
“In order to provide security in the region where the Russian naval exercises will be held, countries were earlier warned of the danger for ships and aircraft in accordance with the norms of international maritime law,” the press service added.

The Russian Defense Ministry said that intensity of military preparations and exercises of various caliber in all of the country’s military units "traditionally increase" in September and October.